The interface detail has been refined and optimized so that it would look great on the retina display.

Translucency is a key feature of the interface that gives more detail on what’s actually there behind the active elements.

Toolbar has been streamlined in a way that popular apps are more visible. Also, control buttons have been updated from the previous version so that they better suit the needs of the user. This will give efficiency in navigating to the desktop.

App Dock has been designed in such a way that they are recognizable instantly. The font of the system, Helvetica Neue, is selected so that it is an integral part of the OS. Apps look better and also work better at the same time.

Notification Centre is filled with useful information and reminders that you need to know.

Spotlight is another feature that enables the user to find the information needed from multiple resources.

The iOS and OS X have now been able to connect with each other, giving them outstanding potential. They both work together in a smart and efficient way.

Calls and SMS: With this feature, the Mac is now able to answer calls. You can also dial and make a call as well while your phone is charging. The calling functions are designed in such a way that even the ring tone will be the same as on the iPhone when receiving a call on your Mac. SMS can also be sent from iPhone or the Mac. All messages will be visible on both the devices.

Handoff: Handoff is another great feature, where you can start a task on an iPhone and finish the same task on the Mac. Airdrop can be used to send files to Mac and iOS devices that are nearby.

Instant Hotspot: Another highlight is the instant hotspot, where the Mac is capable of remotely activating the hotspot on the iPhone. You can activate instant hotspot while the iPhone is in your pocket, The Mac will indicate the signal strength and battery life on the Display.

Safari app is a powerful browsing tool and even equipped with energy saving technology. When we compare it with the other famous websites, the safari easily lasts longer saving battery life. It also contains a better search tool powered by Spotlight and has the sharing capability. The smart search field will contain your favorite websites.

Mail Drop is capable of supporting an attachment that can even be 5GB in capacity. It also gives the ability to mark up mail in the mail itself for a speedy reply. iMessage has the ability to support unlimited messaging with a Mac or iOS. You can also record a clip and send it as a mail.

Photos can be captured and easily organized with Yosemite. These photos can be edited in a professional manner even if you are a beginner with the powerful editing tools on offer. You can also share these photos with your friends and family. With the use of iCloud, the photos captured can be accessed via any device.

Family Sharing is also a great feature that give you the ability to share multiple informations and keep them up to date.

These are only some of the powerful apps in the store. There are many more apps that possess the same kind of power as the above apps do.

Mac OS X 10.11 has been named as El Capitan. There are many features added to this version.

Pointer: If you have lost your mouse pointer on the screen, the pointer enlarges temporarily, so that, it is visible all the time.

Safari: Safari is capable of pinning favorite’s sites to the left of the screen. Pinned sites is a feature that helps in keeping favorite website accessible anytime. Another feature includes a quick way to identify which site is playing the audio. Quick feature also includes muting audio effectively and Airplay streams video directly to the HDTV.

Mail: Mail is also capable of understanding the language that is being used as like the Spotlight. Mail is also capable of supporting full screen. Multiple emails can be supported as tabs and navigating through them is really easy. It lets you add suggested event to your calendar and also add suggested contacts to your email. You just need to swipe right to mark it as read and swipe left to put it in the trash.

Finder: Finder is a feature that is also intelligent enough like Siri on iOS, and you can find whatever you want just by asking it.

Split View: With the Split view, we are able to work on two apps at the same time. It is able to fill the screen with two apps and when you swipe it will bring back the desktop into focus. The need to resize and minimize the apps have been taken away.

Note: Note is able to gain text styling with its new edition. With the note now, checklists are easy to design. You will also be able to note photos, URLs, maps and video with this feature. With the help of iCloud, all note edits will be kept up to date across all devices. You can create something on the note on the Mac and later refer it on the iPhone. All attachments made on the note can be viewed in a single browser called the attachment browser.

Photos: Supports third party editing tools and extensions to enhance photo quality. Filters and texture effects are a special feature to further enhance the photos. All the photos can be accessed from one library and sorted by preference.

Metal: Graphics speed has been improved by up to 50% with Metal. This feature is great for games and the Draw Call Performance has been increased by ten fold.

• The apps launch 1.4X faster than the previous version.

• App switching has increased by 2X.

• With Split View, the multitasking feature is capable of automatically resizing two windows into a split screen whereas the earlier edition we had to resize it.

• With Cursor Finder, the cursor will get bigger when you shake your finger.

• In Safari, the easy muting feature and Airplay are the special features included with this edition. Pinning websites for easy access later on and Force touch for developers are also additional features with OS X El Capitan.

• With the new Mission Control, the multiple desktop feature lets the user choose an app and take advantage of the space available. This feature also makes it easier to see all the windows at the same time.

• The Spotlight feature is now capable of searching for more information from scorecards to weather updates.

• Now, the note is capable of creating Sketches adding photos and adding URLs. iCloud can be updated, so any device will have the up to date version of the file.

• In Maps, transit features have been added, so it is convenient for the user to get directions, get information on public transport features, and much more.

• In Photo, better editing extension features have been added to this version of OS X.

As we come to the conclusion, the performance and speed of the entire operating system have increased drastically. Features that were much awaited have been introduced to the delight of the Mac users. The gaming and graphic side have seen vast improvements. We believe the upgrade will be a great success not only to Apple but also to the user as its functionality and user-friendly design will go a long way.

Difference Between Symbian 3 and Android 2.2 Gingerbread 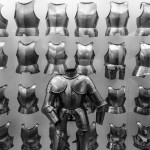 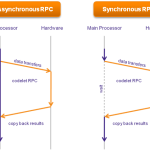 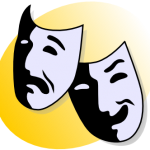