Because of the extreme colorfulness, macaws and parrots amongst the mostly visited animals in zoo, but many scientists believe that they are more beautiful in wild than in captivity. Wherever they live, the place becomes enlightened from their extreme beauty with contrasting colours. These attractive creatures are very similar in appearance and behaviours more often than not, which makes it difficult to identifying a macaw from a parrot. Therefore, proper knowledge about both macaws and parrots would be beneficial. This article carries a lot of interest in that regard, in addition to the explored differences between macaws and parrots.

Macaws are a group of parrots usually with large bodies and they live in the new world, aka Americas. There are 18 extant species of macaws described under six genera. Additionally, there are about seven more species believed to be there, but the hard evidences on them are not confirmed yet. Most of those macaw species prefer to live in rainforest habitats, but some inhabit the savannah grasslands and other woodland habitats, as well. One of the most interesting facts about these fascinating birds is that they include the largest of all the parrots as well as some small parakeet size macaws, as well. In general, macaws are fruit eating herbivores, but some species spend much energy in flying over large areas in search of good, favourite foods. Clay licks or clay eating behaviours are some of the characteristic behaviours that are important to notice about macaws. Because of their extreme colorfulness, the aviculturists have been crossbreeding these beautiful creatures to produce different, attractive breeds of macaws.

Parrots are a very large group of birds (Order: Psittaciformes) in terms of diversity including Parakeets, Cockatiels, Lovebirds, Lorries, Macaws, Amazons, and Cockatoos. There are more than 370 species of parrots described under 86 genera. Tropical and subtropical regions of the world have been their mostly preferred climates, while some species inhabit the temperate regions as their home. Parrots are a highly diversified group of birds, and diversity is highest in South America and next in Australasia. The strong and curved bill with their slightly leaning upright posture makes parrots unique. Parrots have zygodactyle feet or in other words, their feet have two digits directed forward and the other two towards back. This configuration of digits on their feet enables them to grasp the branches of the trees well. They are famed of their contrasting and attractive colours along with the lovable talkativeness. There is very low or no sexual dimorphism in parrots, a slight exception to the other avifauna. The body sizes and weights vary within a wide range. The smallest member of the group (buff-faced pygmy parrot) weighs only one gram and 8 centimetres long, whereas a kakapo weighs about 4 kilograms and a Hyacinth macaw is more than one metre long. Parrots have been associating with man for a very long time. According to depictions of Buddhist folklore and ancient Persian writings, parrots have been gaining attraction and interest among people.

Difference Between Cockatoo and Cockatiel

Difference Between Lorikeets and Rosellas 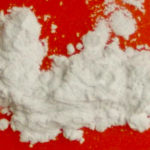 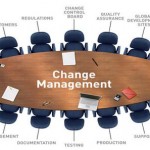 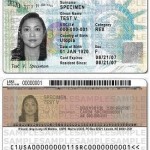