Home / Language / Grammar / Difference Between Made and Make

Make and made are verbs in English language that are similar in meaning and confuse those trying to master the language. Though make is used in the present tense and made in the past tense, there are usages of these words that create confusion in the minds of students. This happens because of the fact that made is also used as an adjective, whereas make appears as a noun in some sentences. Let us take a closer look at the usage of the two verbs make and made, to highlight their differences.

To make something is to bring it into existence like you make a cake, a dress, a piece of art, or a recipe. Make is also used where something is caused or started as in making trouble and making a war. You can also make a person angry or happy. Make is a verb that is also used to refer to the act of putting something in a proper state or condition. You make the bed, and you also make lunch or dinner. You also make merry and make sure. Take a look at the following examples.

• Please ask him to make breakfast

• Make love and not war

• Do not make trouble while I am studying

Made is the past tense of make. We use this verb in the past tense as in handmade furniture, readymade garments, and so on. You say you made a cake to indicate the fact that the event took place in the past, but when you say that this bat is made up of wood, you reflect the fact about the substance used in producing the bat. We talk of made for each other couples to indicate how well they match each other or complement each other. Take a look at the following examples.

• This dress is made of cotton

• John and Helen are made for each other

• I made the coffee for her last evening

• This car is made in Germany

• Make and made are verbs that are used commonly to indicate the act of producing or causing something.

• Make is the present tense whereas made is the past tense.

• Made is the past participle of make.

• Made in a particular country means the object has been manufactured in that country.

• You can make someone happy or angry, and you can also make merry.

Difference Between It and This

Difference Between Do and Does

Difference Between Verb and Action Verb

Difference Between Are and Have Been 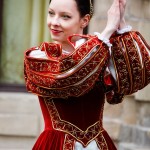 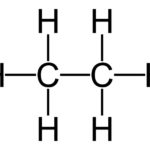