Male and female characters are distinctive basically with reference to their anatomy and physiology, but the behavioural differences may vary according to the breeds also. While the owners are out of the house, dogs guard it like saviours, and love to be petted when they come back. This strong bond between man and dog was the first of that kind for the man with an animal. People have been caring dogs for many purposes including guarding, petting, and sometimes in criminal investigation operations. This article discusses the major differences between male and female dogs.

Male dogs are slightly larger than females in same breed. However, the size depends on the pedigree and the nutrient supplements the animal gains during development. Male dogs are territorial, and they try to be dominant in their territory with certain agonistic behaviours. These behaviours occur because of the male hormones, especially testosterone. Male dogs are difficult to be trained because of their male sexual hormone testosterone, which leads them to be domineering in front of other dogs, especially in the presence of a female. Neutered males are less aggressive, and it makes them excellent pets. The most unique feature of male reproductive system is the bony part in their penis called os-penis, which locks inside the genital tract of female while they are mating. The os-penis unlocks only after transferring sperms inside the female. Their testicles are covered with scrotum, which is lack of hairs. Sexually matured males roam in search of females during mating season, and try to show dominance over other males so that the female would fancy mating with him. Some of the males are reared for the use of stud dogs, especially the males of highly valued breeds.

Female dogs are friendlier and bonded to the owning family, and they are easy to be trained. The production of progesterone and oestrogen hormones make them silent and home attached even after their puberty. Females love being petted, and get the attraction from their owners and very loyal to the family. They are emotional hence, get sadden by an assertive command. Females have two reproductive cycles per year. During their heat period they seek male animals and select the strongest one for the mating. Small breeds whelp eight up to ten pups at once but the number reduces with increasing of body size hence, larger breeds have a small litter size. Female dogs have a higher economical value if their breed is a costly one because, pups could be traded for a higher value.

Difference Between Male and Female Dogs

The two sexes of man’s closest companion animal are not quite different from each other but there are some notable distinctions. The reproductive systems are completely different, which obviously is the separating feature. Secretion of masculine hormones in males, especially testosterone, makes the males to be aggressive and stronger. Additionally, the males are little larger than the females in body sizes. In contrast, females secrete progesterone and oestrogen but not testosterone, making them more silent and attracted to the owner. Males roam in search of females during their mating season as a reaction to the pheromones excreted by the females when they come into heat. However, females are selective of their mating partner to be the strongest and more dominating. Male’s os-penis is very unique for the digs and that ensures the sperms are transferred to the female. Compared to males, females are easy to train. When people come back home after being exhausted from work are more often welcomed by their companion dogs, and it doesn’t depend on whether it is a male dog or a female dog. 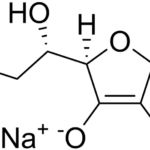 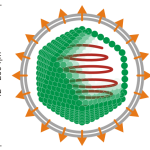 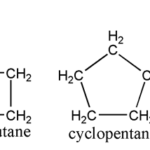 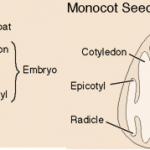 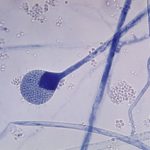