Goldfish being one of the most popular ornamental fishes, it would be important to know how their males differ from females. Ability to identify the correct sex through examining the features and behaviours would be very helpful, especially when it comes to breeding the goldfish in aquariums. However, it would not be very easy without prior knowledge about them. This article summarizes some very important information about both male and female goldfish, and the discussed characteristics are easy to spot. Although some fish species can change their sex, goldfish cannot; their sex is determined before the birth (hatching). However, it is almost impossible to distinguish the sexes until they reach sexual maturity; but a dead goldfish can be dissected to observe the reproductive system.

Paying attention into their operculum, some fins, vent, and behaviours are amongst the most important features in identifying the male and female goldfish. Sometimes, the size could be an indication about the sexes, as female fish are usually larger than male fish are.

Operculum and Pectoral Fin: Breeding spots can be observed on the operculum in males when they reach the sexual maturity. Females do not develop breeding spots at any stage of their lifecycle. These spots are also known as Breeding Tubercles, and those are small and white colour dots. The breeding stars can be spotted on their pectoral fin along the first ray. However, there have been instances where those white colour spots grown on female’s operculum, but they never become males since the sex is determined before they are born. In addition, the other characteristics are important to consider before hard ruling as a male or female.

Vent: The vent of the female goldfish is protruded towards the exterior, and the belly region is large, which gives her a distinguishing shape with a slightly swollen posterior. However, the vent of males is concave and large. It is enlarged when they are ready to mate with females. Males have a more or less uniform breadth along the body when it is observed from the above. Female lays eggs from the vent and the male releases sperms to fertilize the eggs.

Behavioural Differences between male and female Goldfish: Observing their behaviours would be of great importance to distinguish the sex in goldfish. It could be one of the most accurate indications apart from examining the interior reproductive system. The male follows the female in the form of chasing when they are ready to mate. Female swims in front of the male, and it gives an idea that female goldfish calls for mating, and the male is always at the receiving end. While chasing, the male sometimes get his face close to the vent of the female. A pheromone is secreted from the vent of the female that stimulates the male to nudge on her vent, so that she can release eggs; after that, the male releases sperms and fertilization takes place.

What is the difference between Male and Female Goldfish?

• Males have small white colour warts (breeding stars) on the operculum and on the first ray of the pectoral fin but not in females.

• Females are slightly larger than males.

• Vent of females is protruded while it is concave in males.

• The belly region is larger in females than in males.

• Males always chase females during spawning. In other words, the females call for it while males are always at the receiving end.

Difference Between Male and Female Fish

Difference Between Goldfish and Koi 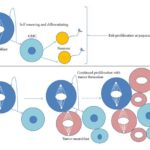 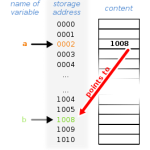