Sloka and mantra are verses that are used as prayers and texts in Hinduism. If you are a Hindu, you know that Om is the smallest of Mantras that is used to meditate and recited to bring relaxation and inner calmness. There are many mantras like Gayatri mantra, Mahamritunjaya mantra, Hare Krishna mantra that are recited by individuals in their daily life, to get relief from stress. Slokas are also similar to mantras which makes the situation confusing for all those not aware of Hindu rituals and traditions. This article attempts to differentiate between mantras and slokas for those interested in making use of these ancient means of attaining inner peace and calmness.

Mantra can be a sound or a small or long verse that is to be recited in a peculiar manner, to appease the deity or to attain inner peace and calm. Mantras come from ancient scriptures of Hindus known as Vedas and Agamas. They are in Sanskrit language and cannot be translated or mispronounced as their spiritual effect is gone or not attained by the person who recites them. Even foreigners not knowing the meanings of these mantras can chant them to get the same effects that Hindus are believed to get from them. Chanting or mantra japa is one of the main forms of doing puja (worship) in Hinduism. Repeating a mantra in fixed numbers is considered to be auspicious for the worshipper and different people are recommended 21, 51 or 108 repetitions of a mantra to obtain intended results or benefits.

Sloka is a word that comes from a Sanskrit root that means a song. The origin of slokas is credited to ancient poet Valmiki who thought of writing in this form, to describe events. He is also credited to be the author of the Hindu epic Ramayana. Slokas are not as ancient as mantras, and they come from secondary scriptures such as Vishnu Purana or Adi Strotam by Adi Shankaracharya. Reciting a sloka needs understanding their meanings to have the intended beneficial effects.

Difference Between Chanting and Singing

Difference Between Grace and Mercy 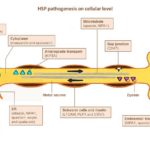