Marlin vs Sailfish vs Swordfish

Marlin, swordfish, and sailfish are large fishes with long characteristic bills that highly resemble. Their characteristic shape with a sword-like snout and a large body make them unique among all the marine creatures. Therefore, they are colloquially known as Billfish. All the billfish species are described under the Order: Perciformes, but this article intends to discuss the interesting features that are important to differentiate them.

Sailfish are the two described species of the Genus: Istiophorus (Atlantic sailfish and Indo-Pacific sailfish). The fact that there are two species of sailfish has been based on the traditional observations, but the recent descriptions based on DNA and other scientific approaches tend to describe the both under Indo-Pacific sailfish (I. platypterus). Sailfish grows about 120 – 150 centimetres in the first year and reaches the maximum at two years of age, by this time they are sexually matured. However, they do not exceed 3 metres in length, and the maximum bodyweight is usually 90 kilograms. Sailfish are agile swimmers (110 km/h), and are able to swim 100 metres in about 4.8 seconds.  Their dorsal fin, the sail, is kept folded during swimming, but they raise it when excited. One of their remarkable abilities is to change their colour almost instantly. Sailfish can live only about four years in wild, but their short stint is highly interesting.

Marlins are a group of large-bodied marine fishes with a large spear-like bill. There are about ten species of marlins described under three genera known as Istiophorus, Makaira, and Tetrapturus. They belong to the Family: Istiophoridae of the Order: Perciformes. Depending on the species, marlins reach different body sizes ranging around 5 – 6 metres of length and 600 – 800 kilograms of weights. Their tubular shaped body slightly narrows towards the posterior end. Many of them have vertical stripes on their body except in black marlins. Their dorsal fin is directed upwards, pointed, and runs backwards along the dorsal edge up to more than 80 % of the body length. The pectoral fins are not clearly visible due to their large body size.

Despite their large body size, marlins are exceptionally agile swimmers with speeds up to 110 kilometres per hour. Marlins are blessed with long lives (>25 years in wild), and they reach the sexual maturity at two to four years of age.

Swordfish, aka Broadbill, is a large migratory fish species with a characteristically shaped snout or bill. It is scientifically known as Xiphias gladius, belong to the Family: Xiphiidae of the Order: Perciformes, and there is only one species of swordfish in the world. Swordfish is usually three metres long, but some individuals can be more than four metres in length. The weight ranges usually around 500 – 650 kilograms for an adult, whereas males are smaller and lighter compared to females. It is not a laterally flattened body but round-shaped.

These predatory fish can swim fast and are highly migratory. Their dorsal fin looks like a shark fin, and the pectoral fins are extended below the body. Swordfish is an ectothermic, but they have a network of capillaries that keep the eyes heated when the ambient temperature is as low as 10 0C. Thus, they have an improved vision to facilitate efficient predation. Swordfish can inhabit a range of habitats from surface to deep waters of both temperate and tropical seas. Their distribution could be described as worldwide as they are found in Indian, Pacific, and Atlantic oceans. Swordfish can start sexual reproduction when they are 4 – 5 years old and live about nine years in wild.

Marlin vs Sailfish vs Swordfish

Difference Between Swordfish and Marlin 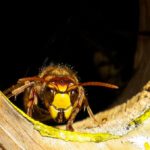 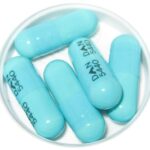