Fungi are filamentous eukaryotic organisms belonging to Kingdom Fungi. They produce both sexual and asexual spores. They can be saprophytes or parasites. There are different types of fungal groups. The major groups are mastigomycotina, zygomycota, ascomycota, basidiomycota and deuteromycota. Mastigomycotina consists of zoosporic fungi in which many are solely aquatic. Zygomycota fungi are conjugative fungi that produce characteristic zygospores. Ascomycota fungi are sac fungi that produce a sac-like structure called ascus. Basidiomycota fungi produce a club-shaped structure called a basidium. Deuteromycota fungi are fungi imperfecti, meaning that they have only the asexual or mycelial state.

Mastigomycotina is a group of fungi that produce flagellated cells during their lifetime. It is a former polyphyletic taxonomic group. They are zoosporic fungi. They produce zoospores, which are flagellated asexual spores produced inside the zoosporangium. Many of the species are solely aquatic. They live as saprophytes or parasites. Most of them have filamentous coenocytic mycelia. However, some unicellular forms are also present. 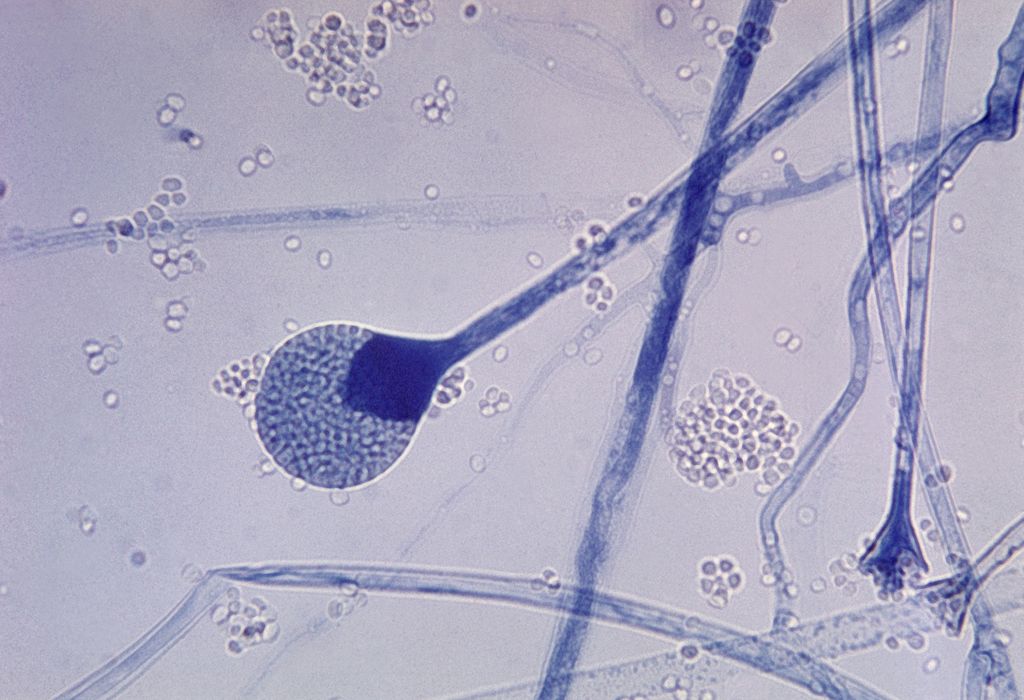 Zygomycota fungi mycelia have different mating types. They form hyphal extensions called gametangia. Gametangia fuse with each other and form a structure called zygosporangium. This zygosporangium can remain dormant for long periods of time during harsh conditions. Most zygomycota fungi are aseptate, but few species have septa on their mycelia. Zygomycota fungi can be saprophytes, plant mutualists, inhabitants of arthropod guts and pathogens. Mucor, Rhizopus and Mortierella are three familiar genera of zygomycota. 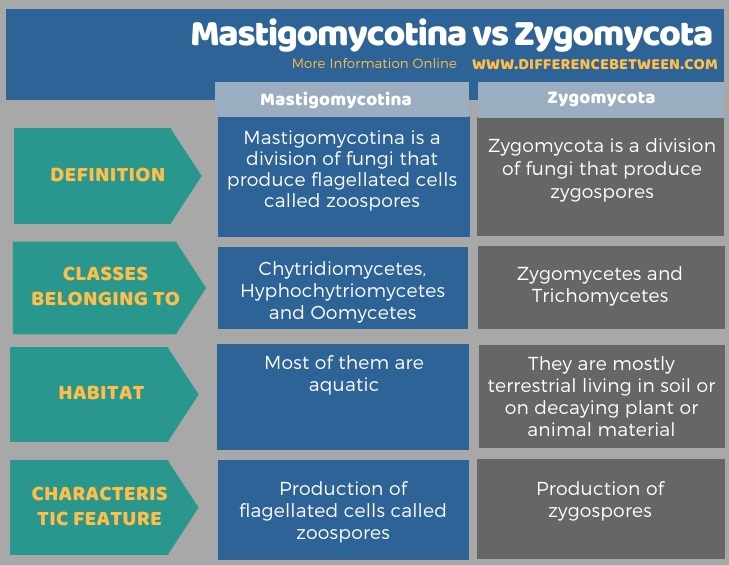 Difference Between Mucor and Rhizopus

Difference Between Pythium and Phytophthora 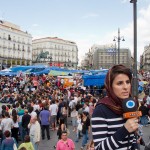 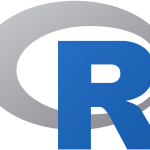