What is Maxam Gilbert Sequencing?

Maxam Gilbert sequencing, also known as chemical sequencing method, is a technique which was developed to determine the order of the nucleotides in DNA.  This method was introduced by Walter Gilbert and Alan Maxam in 1976 and became popular since it can be performed directly with purified DNA. Maxam Gilbert method belongs to the first generation of DNA sequencing, and it was the first sequencing method used widely by scientists.

The basic principle of this method lies with the restriction of the end-labeled DNA fragments at specific bases by base-specific chemicals and conditions and separation of the labeled fragments by electrophoresis as shown in figure 01. Fragments are separated according to their sizes on the gel. Since the fragments are labeled, the sequence of the DNA molecule can be easily deduced. 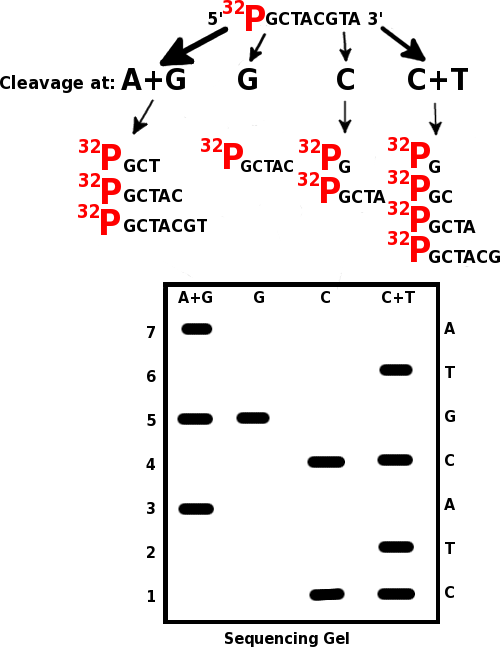 What is Sanger Sequencing?

Sanger Sequencing is a sequencing method developed by Frederick Sanger and his colleagues in 1977 to determine the base sequence of a given DNA fragment. It is also known as chain termination sequencing or Dideoxy sequencing method. This method works on the principle of selective incorporation of chain terminating dideoxynucleotides (ddNTPs) such as ddGTP, ddCTP, ddATP and ddTTP by DNA polymerase during the synthesis of single stranded DNA to terminate strand formation. Dideoxynucleotides lack 3’ OH groups for the formation of phosphodiester bonds with adjacent nucleotide. Hence, the strand formation stops once a ddNTP is incorporated into newly forming strand during sanger sequencing.

In this method, four separate DNA synthesis reactions (PCR) are performed in four separate tubes with one type of ddNTP.  Other requirements are also supplied for the tubes for PCR including primers, dNTPs, Taq polymerase, specific conditions, etc. Four separate reactions are performed in four tubes with four mixtures. After PCR reactions, resulting DNA fragments are heat denatured and separated by gel electrophoresis. Then the fragments are visualized by using either a labeled (radioactive or fluorescent) primer or dNTPs as shown in figure 02. 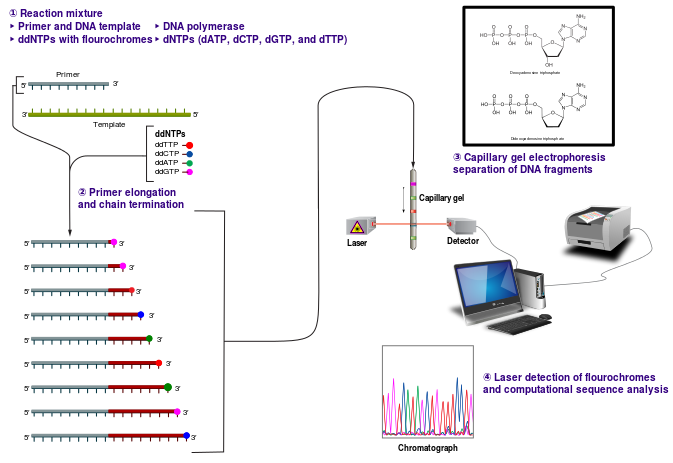 What is the difference between Maxam Gilbert and Sanger Sequencing?

Difference Between NGS and Sanger Sequencing

Difference Between Sanger Sequencing and Pyrosequencing 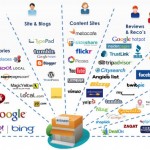 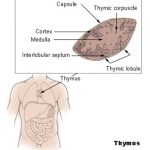