Mayan calendar and Aztec calendar are two of the ancient calendars of the world that arouse much interest among people because of the dooms day prophecies being made on the basis of these calendars. Mayan and Aztec civilizations were flourishing in the American subcontinent when the Spaniards arrived. While Mayans civilization flourished from 300AD to 900 AD in Mexico and other parts of America, Aztecs arrived much later in 1100 AD and flourished till 1500 AD. There are many similarities in the beliefs, cultures and even in their calendars though there are also some differences that will be talked about in this article.

Mayans were highly skilled people and knew that the Universe moved in cycles which they noticed when they paid attention to movements of stellar objects. They developed a system of three calendars namely the Long Count, the Haab, and the Tzolkin. The Long Count calculated long time periods; Haab was primarily the civil calendar while Tzolkin was the religious calendar. Mayan calendar became very popular and was adopted by many other cultures and civilizations of the time. All three calendars contain set number of days, and a new cycle begins only after a certain number of days have passed. Out of these three calendars, it is Haab that corresponds with the modern Christian calendar of 365 days. Long count talked about long time periods. Mayans believed that the world got destroyed and was recreated at the end of a long count.

The Aztec calendar not only recorded time but also kept track of religious festivals. People used to know of the propitious times to plant crops with the help of the calendar while they also knew when to appease Gods to have their blessings. The year of 365 days was divided into 18 months of 20 days each, and the remaining 5 days were accounted by bad luck days at the end of a year. The religious calendar was of 260 days and was referred to as tonalpohualli which means the count of days in English. Though both calendars ran simultaneously, same day fell at the same time in both calendars once every 52 years only.

What is the difference Between Mayan Calendar and Aztec Calendar?

• There are many similarities in the Mayan and the Aztec calendars such as the religious calendar which is of 13 months of 20 days each.

• There are two calendars in Aztecs, whereas there are three calendar systems in Mayans.

• Aztec calendar is an adaptation of Mayan calendar.

• Aztec calendar is simpler than the complex Mayan calendar.

• The dates in Haab in Mayan calendar are comparable to the dates in Xiuhpohuali in Aztec calendar. This is because the two calendars are loosely 365 days calendars.

Difference Between History and Archaeology

Difference Between Enlightenment and Great Awakening 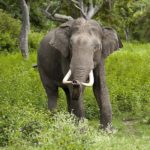 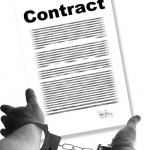