Home / Others / Difference Between Mbps and MBps

Mbps and MBps sounds similar and is very confusing for many people to understand. It is easy to see that ps in both abbreviations means per second and the main confusion lies in the use of capital or lower case B. When capital B is used, it refers to bytes, and when lower case is used, it is clear that we are talking about bits. In any case, both Mbps and MBps refer to data transmission rates in any communication system, especially internet. We know that 8 megabits equal one Megabyte.

Data transfer rates are important in measuring the performance level of any hardware device. These transfer rates are used in connection with all devices these days such as USB or Firewire ports. These transfer rates assume significance when broadband companies try to market their plans advertising their plan to be one up on the competition. If you have the basic knowledge of terminology, you can quickly assess the data transfer speed rather than falling in the trap set by using capital or lower case B. Whenever you feel that there is enough confusion, it is better to find out the translation of the speeds in kilobits or kilobytes, or better still, ask the company whether he is talking about megabits per second or Megabytes per second.

When a broadband company says that he is providing an internet speed of 128, 256, 512 Kbps, and more in terms of Mbps, he is talking about Megabit per second. This is also the measure of the bandwidth of any network.

But when you are downloading a program or file from the internet, the data transfer speed is mentioned in terms of Kbps or Mbps which is megabits per second. 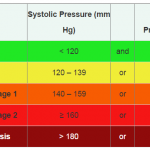 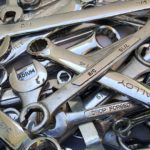