McDonald’s and KFC are two of the most popular fast food chains loved by many around the world. When it comes to hamburgers, McDonald’s is always the top option whereas when it comes to fried chicken, KFC is always the first thing that springs to mind. The reason for this is because the very products of these two chains have become their trademarks and thereby, their identities. The difference between McDonald’s and KFC comes down to mainly the cuisine that they serve.

It was in 1940 that McDonald’s first started their operations. The pioneer of many things, the Speedee Service System introduced in their very first restaurant is being followed in modern day fast food chains to this very day. Their very first mascot was a man with a head of a hamburger wearing a chef’s hat, which was replaced by McDonald’s ever popular clown man. It is estimated that McDonald’s currently serves 58 million customers each day in 119 countries. Their restaurants differ in their settings and facilities as some offer drive thru services, and some have play areas for kids while some offer counter service alone. McDonald’s signature colours are red and yellow while their most popular products are their famous hamburgers, breakfast offers, desserts, chicken sandwiches and French fries. McDonald’s also feature products for vegetarian customers, as well. When it comes to regional branches, McDonald’s are known to offer certain products customized to suit the food cultures of the respective regions. For example, McDonald’s in Portugal is the only branch that offers soup in the menu while McDonald’s in Indonesia offers McRice to its customers.

KFC or Kentucky Fried Chicken was initiated during the Great Depression, which was in the year 1930. It was first named as “Sanders Court and Cafe”, after the name of Harland Sanders, the original creator from Kentucky. Their current and most popular logo is the caricaturized image of Sanders with their acronym, KFC. They are popular for their trade secret, their secret recipe made from 11 herbs and spices that are known to add a “finger lickin’ good” flavour to their chicken. Their basic products are fried chicken, chicken wraps, sandwiches, salads and roasted and grilled chicken dishes as well as a number of desserts.

What is the difference between KFC and McDonald’s?

McDonald’s and KFC are both popular fast food chains that have gained immense popularity over the years. Differentiating between the two will help obtain the best out of the products that the two brands offer their customers.

• The logo of KFC features a caricaturized image of Colonel Sanders. The logo of McDonald’s is a large yellow ‘M’ 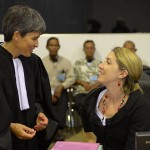 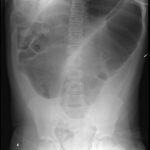 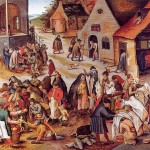