Mean or average is a very common concept in math and statistics. There is arithmetic mean which is more popular and taught in junior classes but there is also expected value of a random variable which is referred to as population mean and is a part of statistical studies in higher classes. The two types of means, arithmetic and expectation are similar in nature though they also have some differences. Let use understand these differences by highlighting the features of both.

The concept of expectation arose because of game of gambling and it often became a problem when a game terminated without logical ending as players could not distribute the stakes satisfactorily. Famous mathematician Pascal took it as a challenge and came up with a solution by talking about expectation value.

While mean is the simple average of all the values, expected value of expectation is the average value of a random variable which is probability-weighted. The concept of expectation can be easily understood by an example that involves tossing up a coin 10 times. Now when you toss the coin 10 times, you expect 5 heads and 5 tails. This is known as expectation value because the probability of getting a head or a tail on each toss is 0.5. If you say heads, probability of getting a head on each toss being 0.5, expected value for 10 tosses is 0.5 1x 0=5. Thus if p is the probability of an event taking place and there are n number of events, the mean is a = n x p. In cases where the random variable X is real valued, expectation value and mean are same. While mean does not take into account probability, expectation considers probability and it is probability-weighted. The very fact that expectation is described as weighted average or mean of all possible values that a random variable can take, expectation becomes quite different than mean which is simply the sum of all values divided by the number of values.

Difference Between Average and Weighted Average 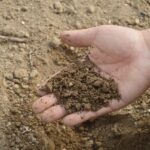