Cnidarians are an important group in the animal kingdom with many unique features, and alteration of generations of the cnidarians is one of their characteristics. Medusa and polyp are the two body forms of cnidarians that alter through generations. There are many differences between medusae and polyps with regard to the shapes, sizes, and functions. Simply, the modes of living are different between a medusa and a polyp.

Medusa is a type of body form found in cnidarians. The shape of a medusa is almost like an umbrella with a radially symmetric body, and the upper and lower surfaces of the body known as Exumbrella and Subumbrella respectively. Exumbrella gives the medusa its shape, and it is usually convex and sometimes round or egg-shaped as in Portuguese Man-of-War. Sububrella is slightly concave, and medusa has its mouth located there. In addition, the subumbrella is the location where their tentacles are attached. Tentacles are of different types with some are responsible for reproduction; some are for paralyzing the prey animals, and the others are to aid in feeding.

Jellyfish is the classic example that describes the properties of a medusa. The medusa is the reproductive stage of the lifecycle of the Class: Hydrozoa. However, medusa is a free swimming form of the cnidarians and it keeps the mouth down and tentacles dandling every time. The body wall is thick with the presence of mesoglea, a jelly-like substance, between the single cell-layered ectoderm and endoderm. It is interesting to notice that there is an air cavity called pneumatophore in medusae to help them float in the water column. Sometimes they are colonial, and the colonial medusae have a common pneumatophore, but there are solitary ones, as well.

Polyp is the sessile form of the cnidarians with more or less a cylindrical body shape. The best example to describe this kind would be a coral polyp. Their cylindrically shaped body has an elongated axis. Polyps occur either in communities or as solitary ones. The solitary polyps are attached to the ground by a holdfast called the pedal disc. The colonial polyps are attached to each other either directly or indirectly. Polyps have their mouth and the tentacles located at the oral end of their body, which is directed upwards always. The Anthozoan cnidarians including corals and sea anemones are always polyps, and they do not alter their generations. The asexual stage of the Hydrozoa and some of the Scyphozoa are polyps. The mesoglea of the polyps is not much thick, but it is present between the single cell-layered ectoderm and endoderm.

Polyp is considered to be a living fossil due to its presence over the last half billion years without going extinct from the mass extinction events. Polyps can reproduce by means of asexual budding, and that indicates their independence on others to sustain their lives.

Difference Between Cnidaria and Ctenophora 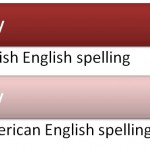 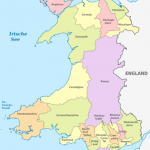