Those of us well-versed in the field of criminal law have no difficulty in distinguishing the terms Mens Rea and Actus Reus and identifying the different between them. For those not so acquainted, they probably appear as some Latin terms that don’t really make much sense. Perhaps a basic idea might help. Notice the term Actus; omit the ‘u’ in that word and it produces ‘acts’. Likewise, omitting ‘s’ in the term Mens and adding ‘t’, ‘a’ and ‘l’ will give you ‘mental’. Interestingly, the Latin terms refer to the above mentioned English terms. Actus Reus is Latin for ‘a guilty act’ while Mens Rea is translated to mean ‘a guilty mind’.

What is Actus Reus?

Actus Reus is defined in law as an element of criminal responsibility, more specifically, the wrongful act or omission that constitutes the physical component of a crime. It represents a fundamental concept in criminal law. In order to convict the defendant or person accused of committing a crime, the prosecution must prove the physical element of the crime in question. This means the defendant’s actions in that particular instance. The Actus Reus of a crime may be in various forms and, in some instances, there need not be an “act.” Crimes such as theft, rape, possession of a firearm or drugs, or perjury all constitute criminal acts, meaning that the act itself is illegal or against the law.

As the above definition illustrates, Actus Reus may also be an omission to act such as when a person is under a legal duty to act in a given circumstance. For example, a person who fails to close the gate at a railway crossing, resulting in the death of another, will be liable for manslaughter. Crimes such as murder, manslaughter, assault, battery, grievous bodily harm, or criminal damage constitute consequences or results. This means that a person’s actions caused the death or harm of another. Thus, the act itself may not be criminal or illegal, but it may result in one of the above consequences. Therefore, if A cuts down a tree that falls on B, causing B’s death, A will be held criminally liable. 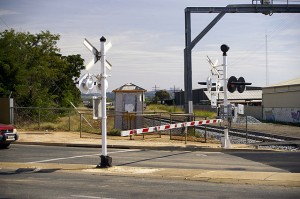 Failing to close the gate at railway crossing, resulting in death, is considered a manslaughter

What is Mens Rea?

Mens Rea, as you might have guessed, constitutes the second part of a crime. Thus, in order for a conviction to be secured, both parts must be established or proved by the prosecution. It is only then that criminal liability can be established. Traditionally, Mens Rea is defined as an element of criminal responsibility focusing on the state of mind of the accused. It refers to a guilty mind or guilty purpose. In short, it is the psychological or mental state of a criminal at the time the crime was committed. The essence of Mens Rea lies in examining the mind of the defendant, that is what the defendant was thinking or intended at the time of the crime. If the accused was fully aware or had knowledge of his/her wrongdoing, then Mens Rea is established. The type of mental state expected differs from crime to crime and it is usually defined in the statute containing such crimes.

Examples of Mens Rea include intention,typically required for murder (also defined as evil intent or malicious intent), recklessness, willfulness, and negligence. Some crimes require knowledge of certain circumstances such as when a person asked to transport stolen drugs is fully aware or has substantial knowledge that the drugs are stolen or illegal. Crimes falling under the category of strict liability do not require a Mens Rea element. When proving Mens Rea, the prosecution must establish that it existed at the same time as the Actus Reus of the crime.

What is the difference between Mens Rea and Actus Reus?

The difference between Mens Rea and Actus Reus is, thus, easily identifiable.

• The Latin term for ‘a guilty act’, Actus Reus refers to the actions of the defendant. Thus, it either represents the conduct and/or the consequences that follow as a result of the conduct.

• The prosecution needs to prove that the physical component of the crime was committed by the defendant.

• Mens Rea is translated to mean ‘a guilty mind’. In other words, it refers to the mental element of the crime. It examines the defendant’s state of mind at the time the crime was committed.

• The type of mental state required depends on the crime committed. Murder, for example, requires a mental state that is equivalent to a malicious state of mind or evil intent.

Difference Between Testimony and Testimonial

Difference Between Clemency and Pardon 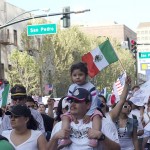 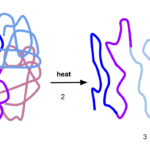 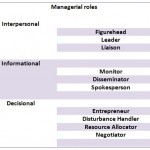