Mercury is a metallic chemical element. It is a liquid metal at room temperature. Mercury polycation is a term used to name the polyatomic cations of mercury chemical element. The most common examples are mercuric cation and mercurous cation.

The term mercuric means, “containing Hg(II) cations”. We can give the chemical formula of this cation as Hg2+. Therefore, the mercuric cation has a +2 net positive charge. Also, we can say that its oxidation number is 2 (or, more precisely II). It is a divalent cation. There are different compounds containing this cation. These chemical compounds are named using the prefix “mercuric”—for example, mercuric chloride. We use different names to recognize this cation, e.g. mercuric ion, mercuric cation, mercury ion (Hg2+), mercury(II) ion, mercury (+2), etc. The molecular weight of this cation is 200.59 g/mol. 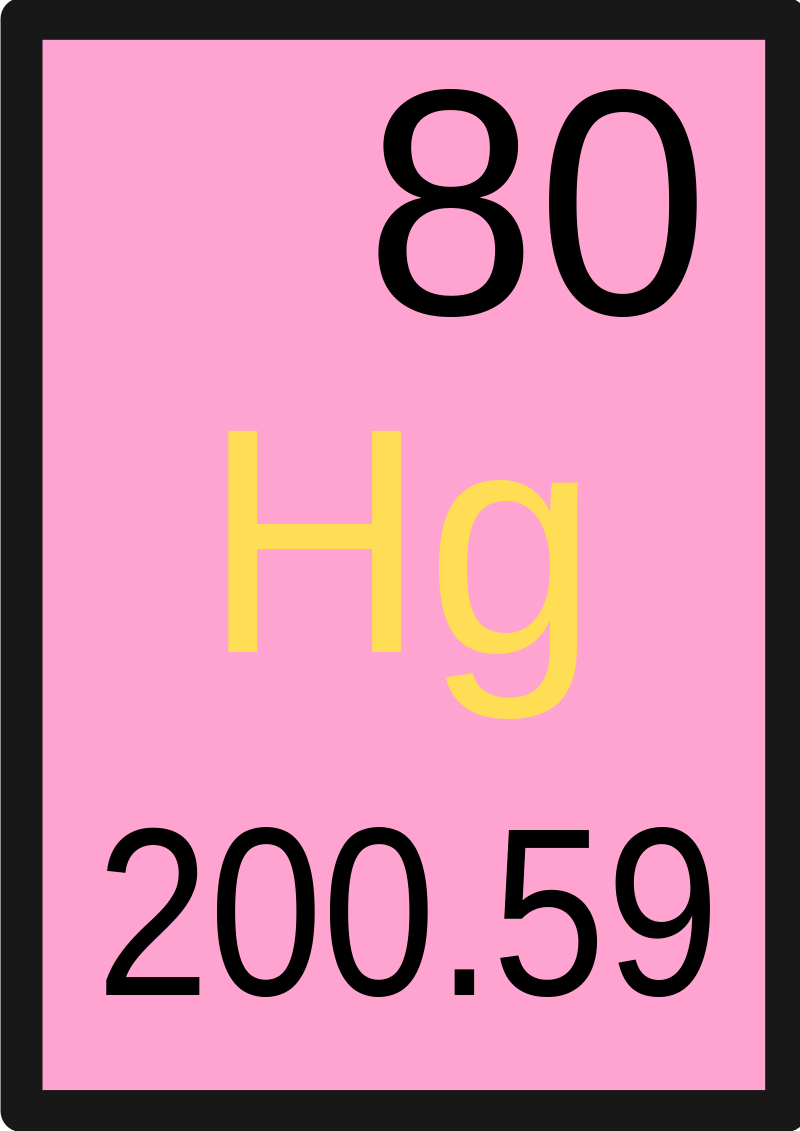 In the human body, mercuric ions can be detected in different biofluids such as urine, blood, cerebrospinal fluid, etc. In addition to those, we can observe mercuric ions in various food items such as cloves, spelt, hickory nut, winged bean, etc. However, mercuric chemical compounds are known to be toxic compounds.

The term mercurous means “containing Hg(I) cations”. This is the best-known polycation of mercury. We can give the chemical formula of this cation as Hg22+. Here, the mercury atom has a formal oxidation number 1. Therefore, we can classify it as a monovalent cation.

This ion is considered as the first metal cation that was confirmed to form homogeneous transition metal compounds. Other than that, the prefix “mercurous-” is used to name chemical compounds containing this cation.

In aqueous solutions, the mercurous ion is stable. Here, it occurs in equilibrium with elemental mercury and mercuric ion. We can readily shift his equilibrium by adding an anion that can form an insoluble Hg(II) salt such as mercuric sulfide. This type of compound can cause the complete disproportionation of mercurous salt.

What is the Difference Between Mercuric and Mercurous?

Below infographic shows more details of the difference between mercuric and mercurous. 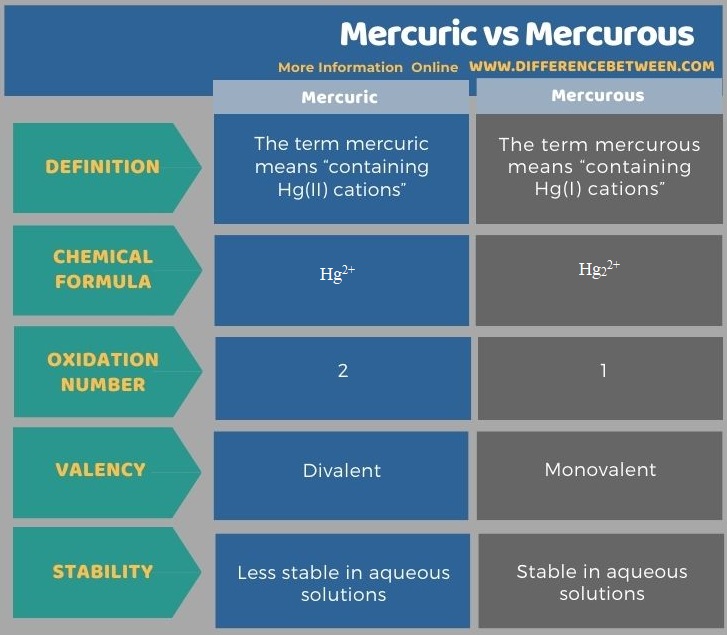 Difference Between SN1 and E1 Reactions

Difference Between Bidentate and Ambidentate Ligands