Remember the time when you could not comprehend a concept as a kid and your mother gave a similar example to make you understand the concepts? She used an analogy to make it easier for you to understand a concept. Metaphor is a figure of speech that makes a direct comparison between two objects or people to praise or ridicule or vilify, as the case may be. Though these terms are completely different in their meaning and approach, there are people who remain confused and cannot make out differences between a metaphor and an analogy. This article tries to clear these doubts.

If you are trying to show how two things are similar or dissimilar, a figure of speech may not have the desired effect. It is better to draw an analogy with something that is already known to the reader or the audience to make it palatable or understood easily. Analogy is derived from a Greek word analogia that means proportion. The use of analogy cleverly draws a parallel between two things and another set of two things. Analogy is made use of heavily by teachers as it allows them to make students understand a concept. Sun is to day is what moon is to night is an analogy. This analogy tries to draw a relationship between sun and moon in terms of their ability to provide light.

A metaphor is a figure of speech that draws direct comparison between two things to praise or ridicule. Veins are highways for blood cells. This sentence uses a metaphor highway to describe the importance of veins for blood cells. Another example would be- A book is a food for thought. In both these examples one can see that veins cannot be a road or a highway, and a book cannot be food in any circumstances. However, the use of such metaphors serves the purpose well in stressing the point author or speaker is trying to make. 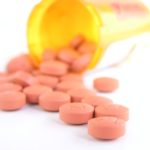 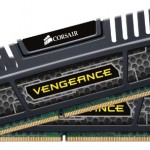