There are places in US where Spanish is the most common language, even more important than English. In any case, Spanish happens to be the 2nd most important language after English in the country. This is attributed to a strong presence of Hispanic community inside the country. However, people remain confused as to what or who really constitutes this Hispanic community in the country as there is another term Mexican doing rounds to refer to the same group of people who are culturally and ethnically similar to the Hispanics. However, despite similarities, there are some differences between Hispanic and Mexican.

Mexican is a person who is the citizen of Mexico or is the citizen of US who has Mexican parents. A Mexican can also be a Mexican citizen who has been granted US citizenship because of residence inside the country for many years. Or many years, people having Mexican roots were referred to as simply Mexicanos inside the US. Mexico is a large country in North America to the south of US that achieved independence from Spain in 1821. Of all the Mexican people, nearly 22% live inside US.

Thus, it becomes clear that Hispanic is a person who may be from any country where Spanish is spoken. In most Latin American countries, Spanish is the language that is spoken as these countries were once ruled by Spain. The spread of Spanish Empire led to immigration of Spanish people all over the America, and the descendants of these people today in US are referred to as Hispanics.

What is the difference between Mexican and Hispanic?

• A Mexican can also be called a Hispanic, but all Hispanics are not Mexicans.

• Hispanic is a generic term that is applied to a large group of people having cultural or heritage ties with Spain or the territories conquered by Spain.

• Thus, a Hispanic can be an individual inside US who is Mexican, Puerto Rican, Guatemalan, or even Cuban.

• A Mexican is certainly an individual from Mexico or a US citizen having Mexican parents.

• Mexican is anyone or anything related to Mexico, a country in North America to the South of US whereas Hispanic is a term that refers to anyone having ties with Spain, Spanish language, or Spanish culture.

• People having roots with many Caribbean nations to the south of US can be termed as Hispanics.

Difference Between Mexican and Spanish

Difference Between Kappa and Nupe 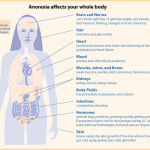