With the recent emergence of the cloud technologies, most enterprises are moving towards delivering products as services over the internet. It’s slowly becoming very common for most popular desktop applications to be offered as cloud based products and services (e.g. Google Docs Suite, a cloud based productivity suite). Because Google and Microsoft are two of the biggest players on the market, who are trying to go one step above the other all the time, the latter came up with a cloud based Office product of their own. Microsoft Office 365 is a direct result of this competition. Microsoft Office 365 is a S+S (Software plus Services) that offers a series of Microsoft Office products (and many more) as services. In the mean time, Microsoft Office 2010, which is the desktop version of the office suite, is still the most popular among the larger enterprises.

Microsoft Office 365 is a commercial S+S (Software plus Services) developed by Microsoft. It was released to public in Jun 28, 2011 (after being announced in the autumn of 2010). It offers three subscription types and they are targeted for small businesses (with less than 25 professionals), midsize businesses (of all sizes) and education institutes (K-12 and higher education). It offers Microsoft Office suite of desktop applications (called Office Web Apps) along with the Microsoft’s Server products such as Microsoft Exchange Server, Microsoft SharePoint Server and Microsoft Lync Server, as hosted services.

Browser based versions of Microsoft Word, Microsoft Excel and Microsoft PowerPoint are offered as Office Web Apps. User can view and edit these Office documents (without loosing the original formatting) on the web. Furthermore, Microsoft Exchange Online, Microsoft SharePoint Online and Microsoft Lync Online (based on the above three servers are also offered as products). Microsoft Exchange Online is a messaging and personal information manager. This offers 25 GB of storage for email, calendars and contacts with secure sharing capabilities, backup facilities and mobile connectivity (through Exchange ActiveSync). Microsoft SharePoint Online is a service dedicated for collaboration and sharing of web sites. Microsoft Lync Online features a large range of communication mediums such as IM, PC-to-PC calling and web conferencing.

What is the difference between Microsoft Office 365 and Office 2010?

Microsoft Office 365 is commercial S+S cloud based product, while Office 2010 is the desktop application version of Microsoft Office. Therefore you don’t need to worry about the risks of maintaining different versions of Office in multiple computers and not properly synching with Office 365. Microsoft Office Professional Plus version is now available as a subscription based service with Office 365 (customers had to pay for it all at once earlier with 2010). However, Office Web Apps (of 365) do not have all the capabilities of the full versions (which come with 2010), plus not all components of Office 2010 are available with 365. But, since high speed internet connections are not available everywhere, Office 2010 will be better for data intensive operations compared to Office 365. 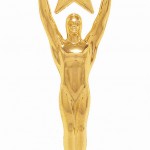 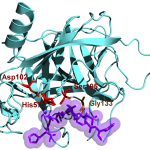