The microwave and the oven are used for similar purposes because of which they are often confused with one another. Microwave is an appliance used in the kitchen for the main purpose of heating food whereas an oven is a thermally insulated chamber used for heating and baking of a substance. This is one of the main differences between microwave and oven.

What is a Microwave?

An electronic appliance that heats food using electromagnetic radiation in the microwave spectrum, a microwave uses the process known as dielectric heating which causes polarized molecules in the food to rotate and build up thermal energy which in turn results in food heating efficiently and quickly. It was Percy Spencer who first invented the microwave which was named “Radarange” during World War II using radar technology which was first sold in 1947. However, it was in 1967 that the modern countertop microwave oven was first introduced by the Amana Corporation.

The microwave oven is primarily used for reheating pre-cooked food and for heating slow-cooking items such as butter chocolate and fats. However, microwave ovens cannot be used in professional cooking since flavours produced by frying, baking or browning cannot be achieved through a microwave oven.

What is an Oven?

A thermally insulated chamber that is used for baking, heating or drying purposes, an oven is one of the most commonly used appliances in the culinary world. There are many types of ovens of which kilns and furnaces which are used for metalworking and pottery are quite different from their culinary cousins.

The history of ovens dates back to 29,000 BC to Central Europe where mammoth was cooked in roasting and boiling pits inside yurts. There are many types of ovens available in the world today. The earth oven is a heated pit dug into the earth often used for the slow cooking of food. The ceramic oven, into which category the brick oven falls too, is often referred to as tandoor by Indians and is used for the slow cooking of meats and also for baking pizza. The gas oven is a more domesticated oven used in almost all households for all kinds of baking purposes. The masonry oven is made out of a fireproof layer of brick, stone, concrete, stone or clay and is mostly, wood, coal, natural gas or electricity fired. It is widely used for the baking of breads and pizzas and is a popular choice of cooking when it comes to the culinary arts.

What is the difference between Microwave and an Oven?

• The Microwave employs the dielectric heating method whereas oven uses the thermal insulation method of baking.

• Microwaves are available in different sizes such as portable or desktop, compact, medium capacity, large capacity and built-in. Ovens are quite hefty in size and are not as compact.

In conclusion, one can say that while the primary task of a microwave is heating food, an oven is a multi-purpose appliance that plays an important part in the culinary world. 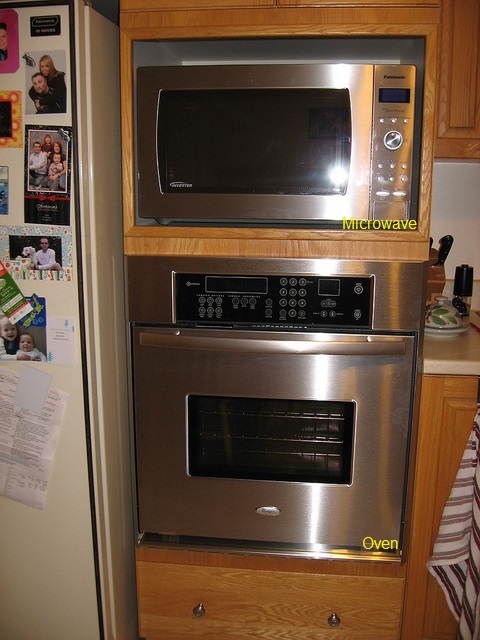 Difference Between WiMAX and WiMAX 2