It is true that moles and warts have similarities in their appearance which is why people often confuse one with another. But they are actually different and after reading this article, it will become easy for all to say whether it is warts or moles that they have on their face.

Moles are pigmentation of skin that are red, brown or black in color. They can be flat or a little raised and are mostly harmless. Warts on the other hand are of the color of the flesh or white, mostly raised and benign just as moles. Moles show up when cells in the skin called melanocytes grow in a closed group. Moles are a very common occurrence, and a majority of people have 10-40 moles on their body. Moles are common on the body of even infants and the number of moles increases with age. Moles are more common in people with fair skin. Some of the moles are so light that it is difficult to see them with naked eye. These moles become darker on exposure to sun. Sun tanning often results in moles becoming darker and people feel that they have developed moles because of sunlight.

Warts are generally caused by a human virus known as papilloma while moles are generally related with age and caused by hormones and environmental factors. There are cases when kids are born with moles but in general moles on the face increase with increase in age.

If you happen to have spots on your face or body that you cannot differentiate, it is always better to consult a dermatologist. He is the person who can quickly tell you whether they are moles or warts by examining them closely.

Warts, when they grow under the feet are painful as they are raised and make walking uncomfortable. Facial warts are also very problematical and people do not like them. These warts are an ungainly sight and people wish to get rid of the warts from their face. Warts that grow repeatedly on genital area can be sign of cervical cancer. It is prudent to consult a doctor if you have warts as he can decide whether they are benign or harmful and suggest treatment to you.

There are people who live their entire life with moles and warts and nothing untoward happens to them. But there have also been cases when moles and warts have turned cancerous and caused serious health problems. It is therefore better to contact a dermatologist at the earliest and get them examined.

There is no need to worry in case of moles but warts are contagious. If you get early treatment both moles and warts can be easily cured. 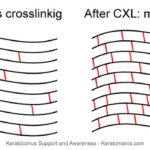 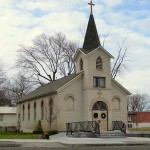