The key difference between Mollusca and Echinodermata relies on the habitat of the organisms belonging to these two classes. Molluscs live in both terrestrial and aquatic environments while echinoderms live strictly in marine environments.

Phylum Mollusca and Phylum Echinodermata belong to the Kingdom Animalia. There is a between Mollusca and Echinodermata in terms of morphological, physiological and behavioural characteristics. However, both molluscs and echinoderms are triploblastic, and they possess a complete digestive system. Biologists and taxonomists study characteristics of the organisms of each phylum in order to categorize organisms effectively.

Phylum Mollusca belongs to the Kingdom Animalia and includes bilaterally symmetrical organisms that are triploblastic in nature. Molluscs live in both terrestrial and aquatic environments. The organisms belonging to phylum Mollusca show distinct segmentation. Their bodies have three distinct segments: head, visceral mass and ventral foot. Moreover, the ventral foot helps in locomotion.

A hard outer covering or a shell covers the internal cavity of molluscs. The shell is composed of calcareous material. Furthermore, the body cavity of molluscs is a hemocoel and blood circulates throughout the body via this hemocoel. 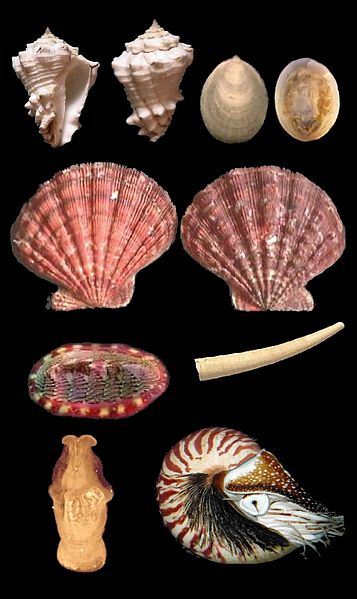 Molluscs show complete organization. They have a complete digestive tract which consists of a radula structure for feeding. The nervous system consists of a paired ganglia and connecting nerves. Moreover, molluscs have an open circulatory system with a heart and aorta. Molluscs respire through special structures in gills called ctenidia. They also have metanephridia for excretion. In addition, molluscs are bisexual animals, and their fertilization takes place either internally or externally.

Phylum Echinodermata, which belongs to the Kingdom Animalia, include triploblastic coelomates. They live exclusively in marine environments. Furthermore, they show radial symmetry, especially penta radial symmetry as seen in starfish. However, they do not show segmentation. They have flat, star-shaped or elongated bodies. Characteristic features of echinoderms include the presence of tube feet and a water vascular system, the presence of a mouth in the ventral side and anus in the dorsal side as well as papula for respiration. 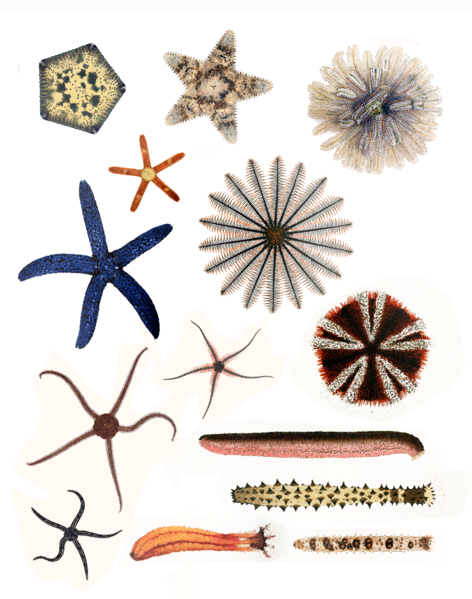 These organisms also show a correct organization with a complete digestive system. Even though they do not possess a complete nervous system, they respond to stimuli. Moreover, their circulatory system is reduced, and the blood has no pigment. Echinoderms are bisexual, and they show external fertilization.

What are the Similarities Between Mollusca and Echinodermata?

What is the Difference Between Mollusca and Echinodermata?

The below infographic represents more information regarding the difference between Mollusca and Echinodermata. 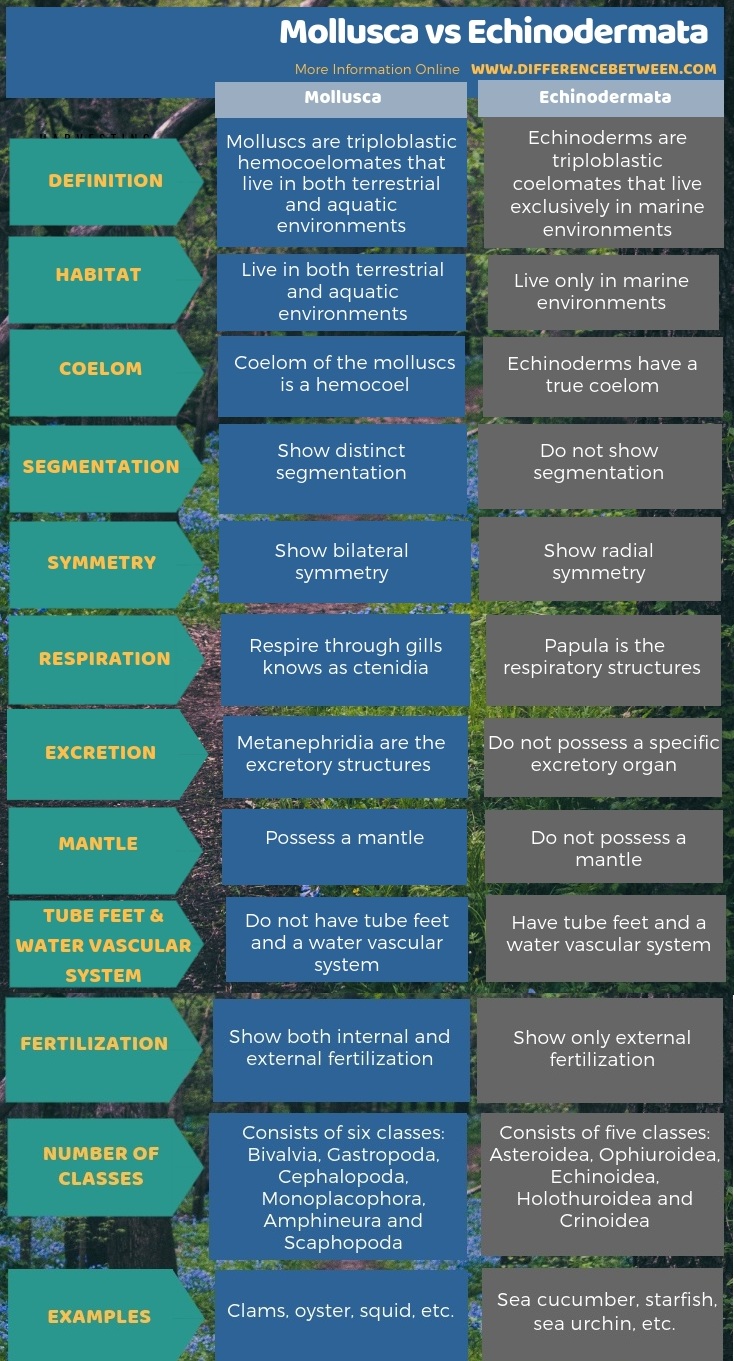 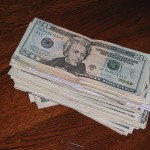 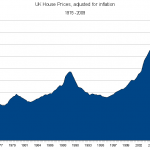