Monism accepts oneness of everything in the universe. It sees no difference in the diversification of the universe. All are, but one is the crux of monism. Dualism sees difference between things. Dualism does not accept the unity in diversity. Monism is one of the systems of the Indian philosophy. Brahman is the Supreme entity that manifested in this universe comprising of matter and space. All other concepts such as time, energy and being have sprung forth from the Supreme Brahman. Just as a spider would create a web on its accord and withdraws it on its accord too, Brahman also would manifest itself in this universe comprising of nature and living beings and withdraws onto itself at the end of the epoch. The moment of withdrawal is called as deluge. Each and every soul is potentially divine according to monism. The divinity of man lies well within himself. He is as good as the Almighty and as powerful as Him too. Monism describes the appearance of the universe as an inexplicable phenomenon. It is called ‘Maya’ in the Indian philosophy of Advaita. Universe is just illusory in its appearance. The Brahman alone is true, and everything else around us is false.

Dualism is exactly the opposite of monism in the sense that although it speaks of the existence of the Almighty, it does not approve of unity in diversity. It does not see the oneness in all the beings. Man cannot be as powerful and potential as the God. Man has his limitations. Only the Almighty is all-powerful and all-pervading. He is omnipotent and omnipresent. Man cannot be omnipotent and omnipresent as long as he is mortal. Man is man, and God is God. Dualism is as simple as that. Dualism gets the name ‘dvaita’ in the Indian philosophy. According the tenets expounded by the exponents of the Dvaita system of philosophy, Atman or the individual self can never become Brahman or the Supreme Self. The individual self is called the ‘jiva’, and the Supreme Self is called the ‘Brahman’. The jiva cannot become one with the Brahman. Even at the time of liberation or ‘mukti’, the individual self would undergo and experience the ‘real bliss’, but it cannot be equated at any juncture with the Brahman. Brahman is also called as ‘Paramatman’. Dualism does not approve of the belief system of Monism. It does not call the universe as an inexplicable phenomenon or untrue. It would call the universe as a separate true entity apart from all powerful Brahman, the second entity that is permanent too. This highlights the differences that exist between the two terms. Now let us summarize the difference in the following manner.

What is the Difference Between Monism and Dualism? 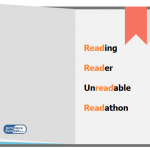