The B cells will divide and form similar cells.These cell will produce the same antibody. The B cell which is activated for a different part of the antigen also divide and produces the new cells. The cell line which is produced by a B cell named as a CLONE. The antigen may activate various B cells and these cells divides and form multiple clones. This will be named as poly clone of the B cells.

In last century, the poly clonal antibodies are produced for medical purposes by injecting the foreign body to an animal/ bird ( horse, pig, chicken ) and collect the antibodies from their serum ( Blood). The antibodies are purified and used in human. However as these antibodies also foreign to human, it caused allergic reactions and antibody formation against antibody.

In medical terms the commercial antibodies are collectively named as IMMUNOGLOBULIN. 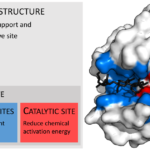