Inheritance is the process where genetic information is transferred from the parent to offspring. The information that is transferred is stored in genes, which are Deoxyribose Nucleic Acid (DNA) fragments that codes for specific proteins that are functional and could be transferred. Each gene consists of a pair of alleles that determine the character and as Mendelian Genetics suggests, these alleles independently segregate during the formation of gametes to give rise to a particular character. Thus, the key difference monogenic and polygenic inheritance lies in the number of genes involved in the determination of a particular character. In monogenic inheritance, one trait is determined by a single gene whereas, in polygenic inheritance, one trait is determined by two or more genes.

What is Monogenic Inheritance?

Monogenic inheritance of organisms is a process where a character is determined by a single gene which is transferred from parent to offspring. The two alleles of this gene are located in the same locus. This inheritance pattern portrays discontinuous variations in characters and is also referred as the qualitative inheritance. 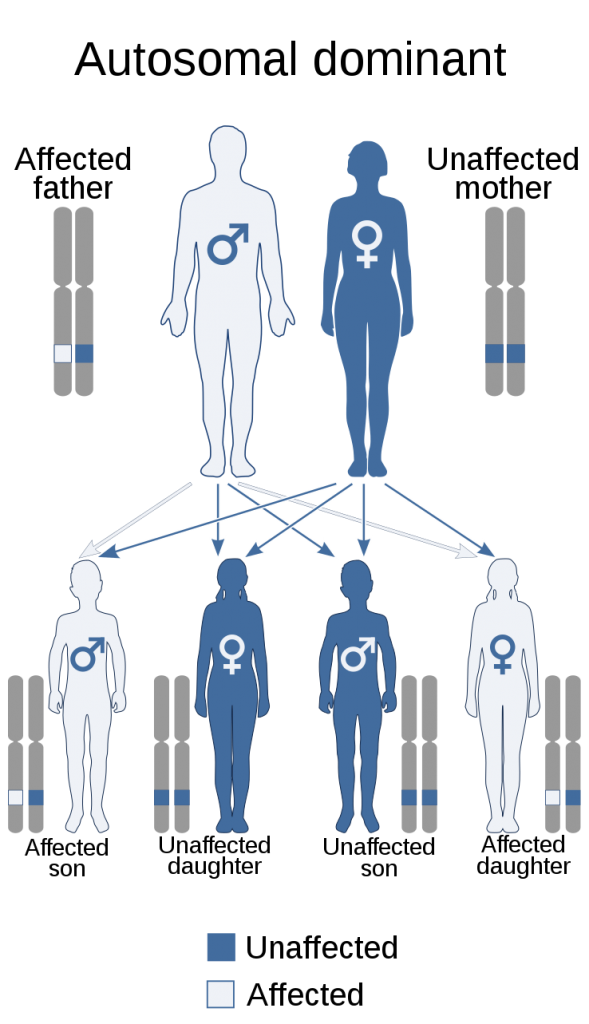 Monogenic inheritance patterns are associated with sex linked genetic disorders such as Hemophilia and in certain visible traits such as the size of ear lobes (large or small), the texture of ear wax (dry or sticky) and the ability or inability to roll the tongue.

What is Polygenic Inheritance? 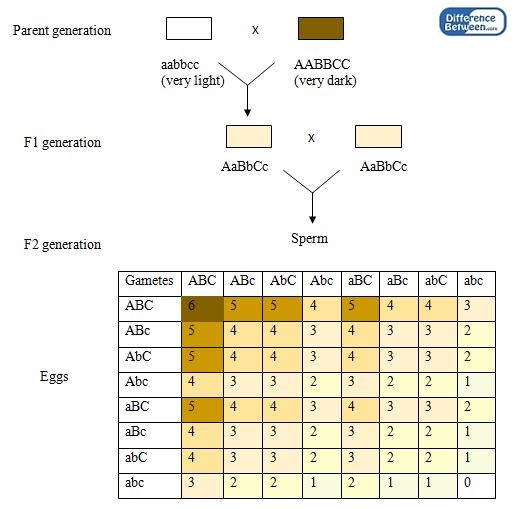 Examples of such quantitative traits or characteristics in humans or animals of high order are height, weight, intelligence and that of plants include size, shape, and color of plants. In polygenic inheritance patterns, the characters do not show clear cut differences unlike in monogenic inheritance patterns. They portray a combination of the character inherited from both parents.

What are the Similarities Between Monogenic and Polygenic Inheritance?

What is the Difference Between Monogenic and Polygenic Inheritance?