Parasites that live on the outer surface of a host are termed ectoparasites. The very nature of the parasitic niche means that parasites are highly specialized, possessing numerous adaptations, many of which are associated with their host and mode of life. The mosquito and the bed bug are such insect ectoparasites of mammals and humans, as well. Both are blood parasites.

The bed bug is an apple seed shaped insect, which prefers closed surroundings such as beds and house crevices in the floor to live. These areas should be near the places where warm –blooded animals sleep. The newly hatched bed bug nymphs are colourless and have a translucent exoskeleton. They molt through four stages to become an adult. The adults after a blood meal would be red in colour. The bed bugs feed at night when the mammalian hosts /human are sleeping. They pierce the skin using their elongated beak or the stylet fascicle. It is composed of elongated maxilla, mandibles and the labium. The edges of the maxilla, mandibles have modified to form pointed edges except the right maxillae, which has a hook like end. The maxillae further glues together to form a food and salivary channel. The points pierce the skin and the hook like mandible anchors the beak to the skin. The left maxillae cut through the tissue in a back and forth motion to reach the blood vessel. The blood is then drawn in to the mouth through the food channel with the help of the labium. The bite can cause itchy red welts and blotches. Although they are known to carry 24 known human pathogens, they do not transmit any of them from or to humans.

The mosquito is also a blood-feeding insect of mammals. But primarily they feed on plant juices and nectar. The female mosquitos feed on mammalian blood for their need of supplemental proteins and minerals. The female mosquitoes detect their host by organic substances such as carbon dioxide, perspiration, body odor, lactic acid and heat. They have developed a mouth part called the proboscis. It is covered with labium and has sharp-ended elongated maxillae and mandibles. The maxillae anchor the proboscis while the hypopharynx inserts anticoagulant containing saliva. The blood is then drawn through the hypopharynx with the help of the upper labium. The anticoagulant causes an allergic reaction to humans, which will cause reddening, swelling and itching in the area of the bite. Through the injection of the anticoagulant, the mosquito also transmits any viruses or parasites the mosquito might contain. Diseases like yellow fever, dengue fever, chikungunya, malaria and west Nile virus spread through this vector.

Difference Between Calories and Fat Calories 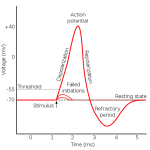 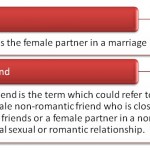