Motorola Atrix 4G and HTC Evo Shift 4G are among the first set of Android 4G phones released during Q1 2011. Motorola Atrix 4G is now served on HSPA+ network (US carrier AT&T) that delivers 21+Mbps download speed and by Q2 2011 it will experience the 4G speed of LTE network. HTC EVO Shift 4G supports 3G-CDMA network and 4G-WiMax network. 4G-WiMax (US carrier Sprint) currently offers a download speed of 10+ Mbps. Motorola Atrix 4G and HTC Evo Shift 4G are designed for two different market segments. Motorola Atrix 4G is a highend phone powered by 1GHz dual core processor and 1 GB RAM with 4 inches display. It’s one of the best Android smartphone released by Motorola so far. Motorola introduced the Webtop technology with this phone. You can switch this phone in to webtop mode with the special laptop dock and can enjoy the mobile computing experience in a 11.5″ screen. With Motorola Atrix 4G you can experience the power of mobile computing at 4G speed. HTC Evo Shift 4G sports a 3.6 inch display and slide out physical QWERTY keyboard. It has moderate features compared to many 4G smartphone released at the same period. However, for those who wants to experience the 4G speed at affordable price this is a good choice and it will be liked by those who wants a physical keyboard to experience the full speed of the fast connectivity. It’s performance is good with 800 MHz processor and Android 2.2 with HTC Sense on 4G Wimax network. The shots are great with the camera that features 5 MP resolution, LED flash and with 720p video recording capability. The other good feature of the device is the mobile hotspot, HTC Evo shift can connect up to 8 wi-fi enabled devices at 4G speed.

The powerful Android smartphone from Motorola Atrix 4G is packed with excellent features and gives a benchmark performance. The 4″ QHD capacitive touch screen display that supports 960x 540 pixels resolution and 24-bit color depth produces a real sharp and bright pictures on the screen. The Nvidia Tegra 2 chipset (built with 1 GHz dual core ARM Cortex A9 CPU and GeForce GT GPU) with 1 GB RAM and a very responsive display makes mulitasking smooth and gives a better browsing and gaming experience. Motorola Atrix 4G runs Android 2.2 with Motoblur for UI and the Android WebKit browser supports full Adobe flash player 10.1 to allow all the graphics, text and animations on the web.

The unique feature of Atrix 4G is the webtop techology and the fingerprint scanner. Motorola introduced the Webtop technology with Atrix 4G that replaces a laptop. All you need to enjoy the power of mobile computing is the laptop dock and the software (which you have to purchase separately). The 11.5 inch laptop dock with full physical keyboard is built in with Mozilla firefox browser and adobe flash player that allows a fast, seemless browsing in a large screen. It will also mirror your phone content on the large screen. You can connect to internet with Wi-Fi or HSPA+ network that connects you at 21 Mbps speed. The phone is also 4G-LTE ready.

The other features include 5 megapixel rare camera with dual LED flash and capapbility of HD video recording at [email protected], front VGA camera (640×480 pixels) for video calling, internal memory of 16GB that can be expanded to 32GB using a memory card, HDMI port, microUSB port (HDMI cable and USB cable are included to the package). Video recording and play can increase to 1080p with OS upgrade to Android 2.3 or more. The battery life is very good compared to many other smartphones, it has a removable 1930 mAh Li-ion battery with a rated talk time of maximum 9 hours and up to 250 hours of standby time.

The device is availabe in the US market from March 2011 with AT&T. AT&T sells Motorola Atrix 4G phone for $200 (phone only) on a 2 years contract with laptop dock for $500 on two year contract. It’s available in Amazon Wireless for $700.

It comes with a Capacitive multi-touch screen that is 3.6” WVGA 262K color TFT LCD display. The display is small compared to other recent phones but has a slider QWERTY keyboard. At a resolution of 800×480 pixels resolution, the text appears to be very sharp. It’s built with the Qualcomm MSM7630, 800 MHz, Sequans SQN 1210 (for WiMAX) processor. The phone comes with Amazon Kindle app pre installed. The dimensions of the phone are 4.61”x2.32”x0.59”, and weighs 5.85 ounces, this extra thickness and weight may be due to the sliding keypad. The phone runs on Android 2.2 with an 5 megapixels camera that has an LED flash and CMOS sensor. It has 720p HD camcorder and the touch screen has a pinch to zoom capability. The phone is capable of running media rich websites and has access to Android market, which has thousands of apps. It supports visual voicemail, has inbuilt GPS navigation, uses Stereo Bluetooth wireless technology and can act as a mobile hotspot to connect 8 Wi-Fi enabled devices.

HTC boasts about its new HTC Sense as designed with many little but simple ideas that will make HTC Inspire 4G to give you little surprises, delighting you every time. They call HTC Sense a Social Intelligence. HTC Inspire 4G and HTC EVo Shift 4G are among the first HTC handsets to experience the htcsense. com online service. Even if your phone get lost you can trace it by sending a command to make the phone sound an alert, it will sound even while on silent mode, you can locate it in the map too. Also if you want you can remotely wipe all data in the handset with a single command.

It’s available in US with Sprint for $150 on 2 years contract and with Amazon online for $100. 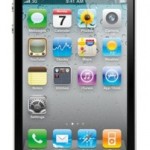