There are numerous ways for a manufacturing company to release their products. In fact, all these release styles needs to be adopted at a time for a different usage. For instance, when you’re releasing a flagship product, you organize a glamorous event just to do that. This will improve the visual appearance and prestige of owning that product. For the same reason, sometimes manufacturers released their products in a collective conference or a similar event where a lot of other products are released from different companies. The logic behind this is to let the tech geeks who comes to these events check their products and give publicity on behalf of the company. It’s a beautiful concept and relatively economical for the company, as well. The internet has been a great platform to host the publicity given by these tech-geeks and essentially, we at DifferenceBetween are also part of that community.

So when Motorola released Droid Razr M at a separate event which was held in New York, we were caught by surprise. Since they are keeping their grounds and hosting a glamorous event, we can only assume the handset to be a prestigious flagship product. It is no secret that Motorola treats their smartphones fair and reinforces them to resist rugged condition. This handset is not so different. It comes as the successor for Droid Razr and has striking similarities to the predecessor. Let us take this smartphone for a ride and compare it with one of the best smartphones out there in the world; Samsung Galaxy S3 III.

Motorola is recognized as one of the best smartphone manufactures in the world and is better known for the thinnest smartphone line they have. Today we are going to talk about a smartphone they released in an event, in New York on 5 Sep 2012. Motorola Droid Razr M inherits much from its predecessor and has a striking resemblance to Droid Razr. It has the same 4.3 inches Super AMOLED capacitive touchscreen featuring a resolution of 960 x 540 pixels at a pixel density of 256ppi. Even though, it has quite a large screen, it doesn’t feel big in your hand scoring dimensions of 122.5 x 60.9mm and a thickness of 8.3mm. At a weight of 126g, it feels rather soft in your hand. Motorola seems to have given much thought in engineering this handset because it has plenty of designer options. For instance, they have managed to shrink the body compared to the predecessor and included stylish rivets around the rim of the device.

Inside this attractive shell is a processor waiting to burst. It is powered by 1.5GHz dual core processor on top of Qualcomm Snapdragon S4 chipset with 1GB of RAM. While this might not be the best configuration you can find in the market, it differs from the usual pack due to the Snapdragon S4 chipset which was released only recently. Android OS v4.0.4 ICS has assumed duties as the operating system, and the UI is more of a mixture of Vanilla Android and Motorola’s overlay. It was pretty snappy on our hands and impressed us enough on usability. Motorola starts the internal storage of the device at 8GB and gives you the option to expand using microSD cards up to 32GB. It has a 8MP camera that can capture 1080p HD videos at 30 frames per second along with a VGA camera in the front for video conferencing. The camera seemed somewhat slow although this may be due to firmware issues. Motorola Razr M has two versions featuring GSM connectivity and CDMA connectivity. Same follows in the 3G connectivity by following HSDPA and CDMA2000 1xEV-DO. It is usual for us to look for a 4G LTE enabled phone nowadays and that’s what you’d get with Droid Razr M. The Wi-Fi 802.11 a/b/g/n ensures continuous connectivity with the ability to host a Wi-Fi hotspot to share your high speed internet connection. Droid Razr M stands for imminent release, and fair enough, you can pre-order it starting from today (5 Sep 2012), to start receiving it from 13th September. It’s priced at $99 for Verizon customers.

Samsung Galaxy S3 being a better smartphone is a no-brainer with the high end quad core processor it features. Hence our aim here is to evaluate whether buying a Motorola Droid Razr M and saving $100 is worth sacrificing the features Galaxy S3 would offer you. First off, Galaxy S3 would offer you a better processor, a better display and screen resolution along with the prestige of been the top selling device in Verizon and AT&T. Besides them, S3 also offers some cool features as you may have read in our description. Motorola Droid Razr M, on the other hand, offers you a smartphone with which you can work moderately and impress your friends by the stylish looks of it. Hence it’s up to you to evaluate this unique position and take your pick so as to which should take place in your pocket. 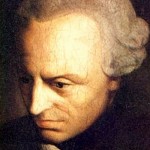 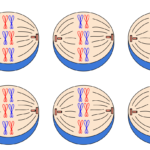 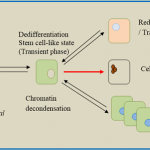 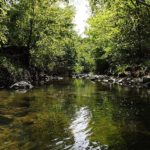