Apple’s iPhone has become a benchmark device, so that every new release be it a single core or a dual core device is compared by users with iPhone 4. Motorola Droid X2 is no exception though it is a dual core device. Motorola Droid X2 is a new additon to Verizon’s Droid series. The Android based Droid X2 by Motorola joins Verizon’s Droid Blue eye series. It runs Android 2.2 (Froyo) which will be upgraded to Android 2.3 (Gingerbread) and using Motoblur as the UI. Droid X2 features 4.3″ qHD (960×540) TFT LCD and holds a powerful 8MP camera. iPhone 4 that was released in June 2010 is still a popular phone. It’s is a unique design with a 3.5″ Retina display and powered by 1GHz A4 processor and runs iOS 4.2. The CDMA version of the iPhone 4 for Verizon was released only in January 2011 and the white iPhone 4 was released in April 2011. Both Motorola Droid X2 and CDMA iPhone 4 are compatible with Verizon’s CDMA EvDO Rev.A network.

The forth in the series of iPhones, Apple iPhone 4 is a very popular smartphone that has sold million of units since its launch. Launched in mid 2010, iPhone 4 created a lot of flutter with its style and designing. It is one hell of a smartphone that is inspiring others to match its power packed features.

iPhone 4 has a 3.5” LED back-lit retina display at a resolution of 960x640pixels. The retina display which is the best mobile phone display so far is made of corning gorilla glass and is scratch resistant with 16M colors. It has got a 512MB eDRAM, 16GB/32GB internal memory, a 5MP 5x digital zoom camera along with a front 0.3MP camera for making video calls. It allows users to capture HD videos in [email protected]

It runs on incredible iOS 4.2 with a pleasurable web browsing experience through Safari. Thousands of apps are available to the user from the largest app store that is Apple store as well as iTunes. Also, iPhone 4 is the first device to have integrated Skype Mobile.

The candy bar has dimensions of 115.2×58.6×9.3mm. It weighs just 137g. For text input, there is a virtual QWERTY keyboard that is again one of the best keyboard and the phone allows Gmail, Email, MMS, SMS, and IM.

CDMA iPhone 4 has slight variations to its earlier GSM edition, the major difference being the access technology used. AT&T uses UMTS 3G technology whereas Verizon is using CDMA Technology. This phone will run on Verizon’s CDMA EV-DO Rev. A network. The additional feature in the CDMA iPhone 4 is the mobile hotspot capability, where you can connect up to 5 Wi-Fi enabled devices. The latest OS for CDMA iPhone is iOS 4.2.8. 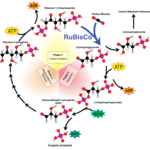