It is a fact that when Motorola chipped in with its Droid in the middle of 2010, it was the first Android based smartphone to stand up to the might of Apple’s iPhone. But much water has flown in the oceans since then and electronic giants have taken up cudgels to beat the competition. Motorola bettered its own Droid with Droid 2, and recently it has come up with Motorola Droid X2 that is a center of attraction since having been announced on 18th of May, 2011. Considering the popularity that Motorola Droid 2 enjoys, it is indeed tempting to make a comparison between these two smartphones to see if indeed Droid X2 is one up on Droid 2 or not.

It is a fact that Motorola is the company that should be credited with the amazing popularity of Android platform today. Droid infused confidence among mobile manufacturers that they could come up with handsets that could stand up to iPhone. The amazing success of Droid prompted the company to come up with Droid 2, and it indeed was a worthy successor to the legacy that it continued.

To begin with, Droid 2 has dimensions of 4.58×2.38×0.54 inches that makes it almost identical to the original Droid. It even weighs the same (5.96 oz). it has a large 3.7 inch TFT capacitive touchscreen that though smaller than the monster sized screen of Droid X2 feels much more compact and handy. The display has a resolution of 480x854pixels with excellent brightness and 16M vivid colors. The smartphone is packed with 1 GHz processor (TI OMAP) and runs on Android 2.2 Froyo. It boasts of 8 GB of internal memory that can be expanded up to 32 GB using micro SD cards. Most notable is the physical full QWERTY slider keypad that makes emailing almost fun. It also has swype and voice for text input.

The smartphone is Wi-Fi 802.11b/g/n, DLNA, Bluetooth v2.1 with A2DP, GPS with A-GPS, and has a HTML browser that coupled with the Motoblur UI makes surfing a pleasing experience. It has full Adobe Flash 10.1 support which allows for breezy opening of even media heavy sites. The browser has full JavaScript support and has intelligent formatting along with pinch to zoom to provide a thrilling experience to surfers.

For those fond of shooting, the smartphone has 5 MP camera with auto focus and dual LED flash that also records videos in [email protected] DVD quality (sadly, not in HD at 720p). The camera allows for geo tagging, image stabilization and smile detection. The phone has all standard smartphone features such as multi touch input method, accelerometer, proximity sensor (for auto on/off), and gyro sensor. It has a powerful 1400mAh battery that provides up to 10 hours of talk time.

Droid X2 has the same form factor and looks identical to its predecessor called Motorola Droid X, but has some additional features that certainly make it a better bargain. It is arriving on Verizon platform and is available at $199 on a two year contract. What makes it more exciting is the dual core 1 GHz processor (NVIDIA Tegra 2) that promises to be 2+ times faster and better than that of Droid X.

Droid X2 has the same huge 4.3” touchscreen as Droid X, but what is good is that the resolution is sharper with an increase of 26% in the number of pixels on the screen (up from WVGA 480×854 to qHD 540×960 pixels). The screen is TFT capacitive touch screen which is scratch resistant and also impact resistant making the phone a really rugged one. The phone has dimensions of 127.5×65.5×9.9mm and weighs 155g. It has an accelerometer and a proximity sensor (for auto on/off).

The phone runs on Android 2.2 Froyo (manufacturers have promised an upgrade to Gingerbread soon), has 1 GHz dual core processor and has a solid 512 MB RAM. It has 8 GB internal storage that is expandable up to 32 GB using micro SD cards. It is W-Fi802.11b/g/n, DLNA, hotspot, Bluetooth v2.1 with A2DP and an HTML browser with stereo FM with RDS. A notable feature (or the lack of it) is physical camera that is not there on the front. The 8 MP camera with dual LED flash can take sharp images and record HD videos in 720p. Another addition is HDMI support which allows one to watch HD videos up to 1080p in mirror mode on a TV.

Verizon is offering Motorola Droid X2 for $200 on a new two year contract. Customers have to subscribe to a Verizon Wireless Nationwide Talk plan which starts from $39.99 monthly access. 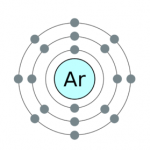 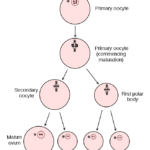