Motorola Photon 4G is the sprint’s first Motorola 4G device. The Photo 4G comes with full of features, to give the real smartphone experience to the users. Photon 4G is the best choice for those who move with powerful smartphones and tech lovers. Motorola has tried to change the typical shape by giving a push to the corners of the Photon 4G, creating an octagon shape. Unlike the other competitors, it does not have a cheap plastic look; instead, it comes with a rubberized back and solid feel. It is lighter and thinner than the other competing handsets too. Photon 4G comes with large 4.3-inch qHD capacitive touch display (540×960 resolution) which enables users to experience a good quality (video playback quality 1080p) in all entertainment mediums. Advanced kickstand enables users to watch without holding the phone in hands. Not forgetting Camera Lovers, Photon 4G includes dual cameras; 8 MP rear camera plus Dual LED flash with auto focus, which is cable of recording 720p quality videos, and a front-facing VGA camera for video chat.

You might have noticed its powerful 1 GHz NVIDIA Tegra 2 dual core processor as a milestone in Motorola Smartphones history, since it’s the first dual core processor 4G phone on Sprint carrier. 1GB RAM adds more energy to Photon 4G and 16 GB on board internal memory gives more space to experience the true power of Photon 4G, can be expanded up to 48GB, inserting a 32GB microSD card.

HTC Evo Design 4G is one of the newest and cheapest smart phones offered by Sprint. It is the fifth Evo member of the HTC Evo series. Evo Design 4G comes with new good-looking and affordable price. It has the brushed-steel looking material with rubber backing to make sure that users will not lose the grip. Unlike the previous Evo Designs, to remove the battery or microSD card you don’t need to remove the whole back plate, only a small panel need to be removed. HTC Evo Design 4G has the HTC sense interface featured, 4 inches Super LCD (960x 540 resolutions) qHD capacitive touch display, which is quite smaller than the other Evo models in the lineup. 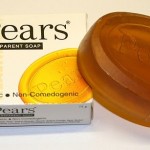 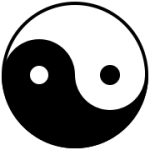