MOA and MOU are both terms that can be termed as umbrella agreements often used in an organization’s activities when in conjunction with another entity. Although sometimes used interchangeably, MOA and MOU are two different agreements that stand for different things.

MOA or Memorandum of Agreement is a document of agreement composed between two parties to cooperate on a project that has been agreed upon previously. Also known as a cooperative agreement, a MOA helps two entities work together to achieve agreed upon objective. It is a written agreement of understanding between two parties and can be used between individuals, governments, communities or agencies as a convenient tool for heritage projects. Another purpose for MOA is in dispute resolution where it will identify the dispute clearly as well as the method of resolving the conflict while also drawing up an agreement which will entail the parties involved working cooperatively or separately towards resolving the dispute. A MOA is also useful in corporate partnerships in outlining the terms and responsibilities of each partner, binding terms and benefits.

An MOU or a Memorandum of Understanding describes a convergence of will between two or more parties. It is a multilateral or a bilateral agreement that indicates an intended common line of action. Used in instances where the parties involved cannot or do not imply a legally enforceable agreement, an MOU is also known as a more formal alternative to a gentleman’s agreement. There are four legal elements, also known as the four corners in a binding contract. These elements are consideration, offer, intention and acceptance. In private law, the term MOU is also used as a synonym for a letter of intent.

MOUs are commonly used to define relationships between closely held companies, agencies or departments. In the United Kingdom, such a document is referred to as a concordat. However, in Public International Law, MOUs fall under the category of treaties and, therefore, must be registered under the United Nation’s collection of treaties. However, MOU does not imply that it is a legally binding or not binding document as the intent of the signatories must be examined.

What is the difference between MOA and MOU?

While MOA and MOU are both terms that are used to refer to agreements, there are a few distinct differences between MOA and MOU that set them apart.

• An MOU is more of a formal agreement than MOA that outlines the broad spectrum of the overall goal.

• MOU is the first step of understanding between two parties. MOA is a more detailed document that reviews and redefines all the details and clauses of the initial agreement.

• MOA is more binding than an MOU and carries a more significant commitment.

Difference Between MOA and AOA

Difference Between Negotiation and Arbitration 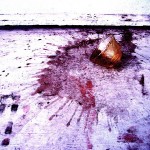 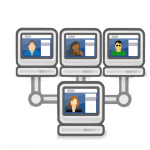