It may be always confusing to understand the difference between mucus and phlegm, as those usually come out of the bodies of animals, especially mammals, and relatively similar. Therefore, it would be necessary to be interested about the distinctions of both phlegm and mucus. The origin, basic functions, and nature are important to consider in looking for the differences between these two body secretions. This article explores the characteristics of both mucus and phlegm, and then performs a comparison between the two for a proper clarification.

Mucus is a highly viscous secretion that is produced from the mucous glands of the mucus membrane. This viscous fluid is highly slippery and performs a number of important functions inside the bodies of the animals. The mucus glands contain mucus cells, those are responsible for producing mucus, and the gland is responsible for the secretion. Mucus is highly rich in glycoproteins and water. In addition, antiseptic enzymes viz. lysozyme, immunoglobulin, inorganic salts, and some proteins (e.g. lactoferin) are found in this viscous fluid of the mucus glands. From the sound of the names of those constituents of mucus fluid, the main function becomes clear, most of those are mainly responsible in defending the bodies against foreign agents of diseases. Mainly, the stated defence is related with guarding the body against infectious fungi, bacteria, and viruses. The lining of the gastrointestinal wall, urogenital tract, auditory system, respiratory system, and visual system (eye) has the mucus glands, so that the respective systems are protected from the outside enemies of viral, bacterial, and fungal germs. The epidermis or the outermost skin of amphibians has mucus-secreting glands to moisten their skins. The gills of the fish are also equipped with mucus cells, and some of the invertebrates produce this interesting fluid and secrete it outside their bodies to help prevent drying out to death. However, usually mucus is colourless and thin but there are instances with altered textures in some disease conditions causing respiratory difficulties.

Phlegm is one of the secretions produced by the mucus membranes of the mammals. Phlegm is especially produced by the mucus membranes lined in the respiratory system of the mammals. Furthermore, phlegm is not produced in the nasal cavity of the respiratory system, but in the tracheal tube and the produced bubbles of phlegm are expelled via coughing. The nature of the phlegm is gel-like, very highly viscous, and slippery. The colour is variable from colourless to pale or dark yellow with green, and sometimes the appearance could be even brown, as well. The constituents of phlegm vary according to many genetic and immune states of a particular individual animal. However, primarily it consists of glycoproteins, immunoglobulin, lipids, and water with other substances. In addition, the climatic condition in which a particular individual lives has also been a factor that affects the composition of phlegm. When a foreign body enters into the trachea, the phlegm is secreted around it and attempts to kill or deny the functions of the germ as a protection mechanism. Finally, the foreign body is expelled out via a cough. Some of the intestinal parasites are transmitted into the digestive tract via expelling out from the lungs with phlegm. 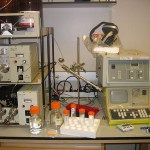 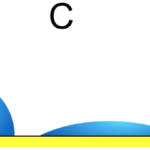 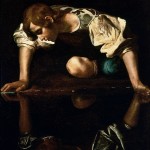