The differences between muesli and granola begin with their ingredients. In this age of fast lifestyles where people have limited time for all activities, breakfast often poses a problem for housewives. Even for those working women who need to reach their workplace looking after the nutritional needs of their family, there is always a time crunch while preparing breakfast. Granola and Muesli are two popular breakfast cereals that promise all the nutrition required by kids, women, and busy executives. Though, there are many similarities in these two cereals it cannot be said that both are same or used interchangeably. Not only granola has different origins than muesli, both have different ingredients, different nutritional values, and different preparation methods. One can just add milk or yogurt to enjoy a delicious breakfast, whether it is granola or muesli. But knowing the differences would be helpful in choosing the right one for you. This article attempts to highlight those differences between granola and muesli.

Muesli is a type of cereal that is a blend of grains and fruit and nuts. Muesli was developed by a Swiss nutritionist Dr. Bircher Benner during the break of the nineteenth century as a health food for faster recovery of patients during their rehabilitation. When it comes to the US, muesli, which had reached US sometime back, became popular among the health conscious population.

Muesli as mentioned above is a mixture of grains such as oats, nuts, dried fruits with occasional wheat germ and bran. Since dry fruits are more commonly found in muesli, they work as antioxidants and the nuts provide fats and proteins for human beings. When it comes to preparation, muesli is made with unsweetened raw oats. Sometimes, it may contain very small amounts of sugar or dried milk solids. On the other hand, muesli provides only about 2891 calories in a cup. 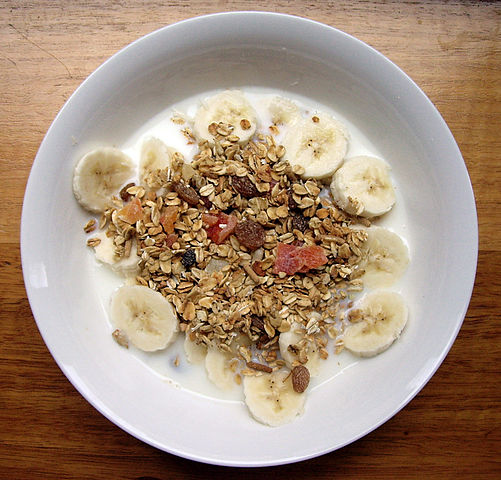 Granola is also a type of cereal with grains and fruits and nuts. On the other hand, granola was invented or developed by Dr. James Caleb in New York in 1894 with the same intention of speeding up recovery of patients. Granola was not so popular among the masses, and it was the hippie culture in the sixties that revived the fortunes of this breakfast cereal in the US.

Surprisingly, both granola, as well as muesli, are a mixture of grains such as oats, nuts, dried fruits with occasional wheat germ and bran. Even their looks are similar, and it is normal for someone not knowing about them to be confused in a shopping mall. When it comes to the preparation of granola, granola has a crispy flavor as it is roasted in honey and oil, and has additional sugar and fat content making it different from muesli. This is why a cup of granola is a power house of energy, giving a whopping 4532 calories. As you can see this is about twice the amount of calories provided by muesli. 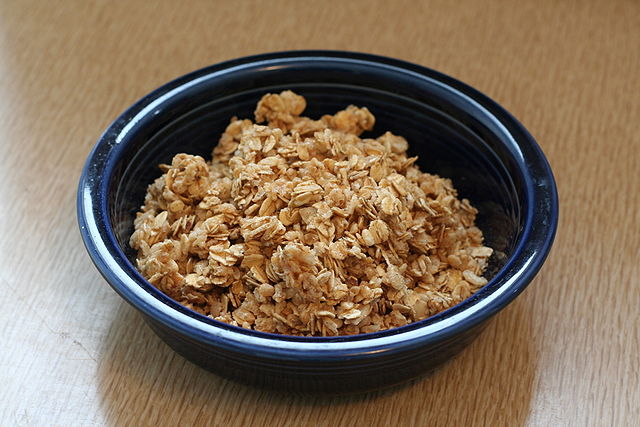 What is the difference between Muesli and Granola?

• Muesli was developed by a Swiss nutritionist, Dr. Bircher Benner, for faster rehabilitation of patients at the end of the 19th century.

• Granola was prepared by Dr. James Caleb in US for the same purpose around the same time at the end of the 19th century.

• Muesli has a mixture of grains such as oats, nuts, dried fruits with occasional wheat germ and bran.

• Granola has whole oats that is mixed with other grains, bran, wheat germ with fruit and nuts and roasted in honey and oil.

• Muesli is mostly unsweetened as it is made with raw oats.

• As granola has a coating of sugary syrup and is roasted in honey and oil, it has a crispy and rich flavor.

• Muesli is made by mixing the grains, fruits and nuts without baking or roasting.

• Granola is made by roasting the mixture of grains and fruits and nuts in honey and oil.

For those counting calories, muesli is certainly better. However, granola has a better taste. However, though there is a difference in the calorie level, both granola and muesli have many health benefits owing to similar ingredients. Both are rich in fiber, because they contain oats, nuts and fruits. 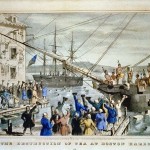 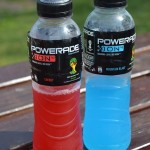