Both hinnies and mules come exclusively from crossbreeding of horses with donkeys. It would be interesting to observe how far their maternal and paternal genes have caused variation in the progeny. In simple terms, the differences observed between hinny and mule would reflect how far the genes of male and female horses and donkeys could cause variation. This article briefly discusses those important differences between hinny and mule.

Hinny is the offspring of the crossbreeding between a male horse and a female donkey. Hinnies are average sized animals, but they come in many sizes. However, their small size is because of the maternal genes and size of the womb of donkey affects the growth during embryonic stage. Hinnies have short ears, a grown and bushy mane, and a long tail. Their head is more like in a horse. Since, the numbers of chromosomes are different in horses and donkeys (64 and 62 respectively); the resulted hybrid hinny gets 63 chromosomes. Since those genes from mother and father are not from the same species, they are not compatible. As a result, hinnies are not capable of producing their own offspring or in other words, they are incapable of becoming parents.

Mule is the resulted progeny of the cross between a male donkey and a female horse. Many physical characteristics including their colour, shape, and weight vary drastically among mules, and those depend on their parents. Sometimes a mule’s weight can be as small as 20 kilograms while some weigh up to 500 kilograms. They have a short thick head, small and narrow hooves, long ears, and slender limbs. Their mane and tail are not prominent like in horses. The voice of mules is a combination of both horse and donkey, sounding with a whinny start and a hee-haw ending. Mule is considered as a more intelligent animal compared to donkeys, and long-lived than a horse. They are more important in transportation of cargo especially in remote areas (wilderness), and mules have been used in the war in Afghanistan by the US military.

Difference Between Donkey and Mule 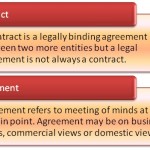