Mushrooms, botanically known as Fungi is one of the most versatile groups of living beings on earth. Kingdom Fungi consists of a large number of species which share the same characteristics such as being eukaryotic, chitin containing cell wall etc. Some of the fungi species make a reproductive organ (fruiting body) known as mushrooms in common. Various fungi species make different mushrooms that may differ by color, shape, environment, size etc. Fungi, unlike animals, digest their food outside their bodies and ingest the required nutrients. To compete and eliminate other competitors such as bacteria fungi produce various chemicals, which could be toxic to humans, as well. Some of these secretions are used as antibiotics. Many of these chemicals are used as antimicrobial substances and have promising medicinal properties.

Mushrooms are fleshy fruit bearing bodies of fungi. Most mushrooms belong to fungi classes Basidiomycota and Ascomycota. A typical mushroom has 3 parts in a body. These are a stipe (stem), a pileus (a cap), and spore bearing lamellae. The typical example is Agaricus mushroom. A mushroom could be fleshy, woody or leathery-like. Most mushrooms grow on the soil after a rain. Some may grow on wood and other food sources. Over the years, people have found that some mushrooms are edible. Some examples are oyster mushrooms, button mushrooms, shitake mushrooms etc. They have become quite popular among vegetarians because of the high protein content and especially the taste. Some rare mushrooms are very expensive and are served as delicacies.

Not all mushrooms are edible, especially the colorful ones. They are usually poisonous. Some mushrooms deviate from the general morphology (the umbrella shape). Some examples are puffballs and stinkhorns. Mushrooms are rich in almost all macronutrients. They contain proteins, carbohydrates and a little bit of fat. All in all, mushrooms are a healthy meal that is loved all over the world.

Mushrooms contain various chemicals. Some are antimicrobial, and some have medicinal value. Shrooms are a group of mushrooms that are used as psychedelic drugs. These are also known as magic mushrooms. These mushrooms contain hallucinogenic compounds such as psilcybin, psilocin, and baeocystin. These are non-toxic mushrooms but due to the hallucinogenic effect they are not included in the edible mushrooms. The effects are like any hallucinogen. If a person takes shrooms, it will intensify the thoughts/feelings. A good mood may become better, and a bad mood may worsen. In mild dosages, these may cause giddiness, anxiety and also make the color look more vibrant. In high dosages, these may cause extreme laughter, color changing, distortion of senses, extreme paranoia etc.

What is the difference between Mushrooms and Shrooms?

• Shrooms are a special group of mushrooms that contain hallucinogenic chemicals. These are not considered as edible but as psychedelic drugs.

Difference Between Seed and Nut

Difference Between Bush and Shrub

Difference Between Tulsi and Basil

Difference Between Aloe and Aloe Vera

About the Author: Judi 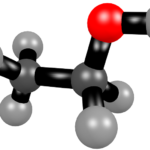