Musician and Composer are two terms that are often confused as one and the same. Strictly speaking there are some differences between them. A musician is a person who sings or plays a musical instrument. In other words it can be said that a singer or a guitarist is called a musician for that matter.

A composer on the other hand is a person who sets a song to music. In short it can be said that a composer gives life to a piece of lyric or a song written by the lyricist. There has been a debate going on whether a composer should necessarily be a musician as well. A composer is supposed to know the nuances of music and should have studied music at a higher level.

On the other hand a composer need not be a professional singer or an instrumentalist for that matter. Many composers are adept in playing instruments such as the piano or the harmonium. They use these instruments primarily to compose music.

A musician has to study the basics of music and should be adept in playing instruments or singing if he or she has to establish as a professional musician. It is interesting to know that musicians can be composers too. There are several instances of musicians turning into composers. On the other hand a specialist composer turning into an established and a professional musician is not frequently seen.

A musician gets trained under a teacher initially and then either follows the style of the teacher or invents his own style of singing. He performs for the audience. He is a paid entertainer.

Difference Between Astronaut and Cosmonaut

Difference Between Specialist and Expert 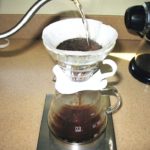