Musket and rifle are the names of two different types of firearms that confuse people because of their similarities. Muskets were used earlier than rifles and were slowly replaced by rifles as rifles could shoot more accurately. There are many more differences between a musket and a rifle that will be discussed in this article.

What is a Musket?

Musket was a firearm that was used by the infantry during wars in the 18th and 19th century. While arquebus was the predecessor of musket, the musket was later replaced by a more advanced firearm called rifle. Musket was not only lighter than arquebus, it also had a bayonet making it much better weapon for the troops especially during close encounters. Muskets were in use in armies around the world even in the 16th century though they were hefty. This firearm evolved over a long period of 300 years and was most popular during the 19th century. Muskets had to be loaded from the end of their barrels and the soldier had to tear apart a packet containing powder and the shot. He poured the powder down the barrel and then the ball was stuffed down the barrel before it could be shot.

Musket was not a very accurate weapon, and armies had to resort to asking soldiers to fire en-mass at a target to ensure it was destroyed. The principle used in a musket was just like the principle behind cannon which is why muskets were also called mini canons. As it was difficult for a soldier to measure the amount of powder to be poured down the barrel, it was supplied in a pre-measured pouch that had to be torn apart by the soldier before every shot. This was before a cartridge was invented. However, with training, a soldier could load his musket within 20-30 seconds to fire 2-3 times in a minute.

What is a Rifle?

Rifle was a firearm that was an improvement upon muskets. This firearm was still muzzle loaded, and a soldier had to pour the powder and wad the shot before he could fire. However, rifles were lighter, more accurate and could fire at a longer range than a musket. Nevertheless,they also suffered from the disadvantage of taking a longer time to be loaded. This was because their barrel was smaller making it difficult for the soldier to wad the shot down the barrel. While the early rifles were smooth bored, it was only later that rifling was done imparting grooves inside the barrel. This meant that the shot fired by the soldier also had a spinning motion when coming out of the barrel. This led stability to the flight and trajectory making the rifle much more accurate weapon than before.

What is the difference between Musket and Rifle?

• Musket and rifle were both smooth bore firearms that were muzzle loaded. However, rifle was more accurate and could shoot at a longer range than musket.

• Rifle slowly replaced musket because of its higher efficiency though Colonial armies continued to equip soldiers with cheaper muskets.

• Musket could be loaded much quicker than rifles as its barrel was broader than a rifle’s.

• Rifle was much more accurate than musket and could fire targets at more than 300 yards easily whereas musket could hardly shoot beyond 200 yards.

• Musket made use of a larger iron ball causing heavier damage when shooting at a close target.

Difference Between Weaver and Picatinny 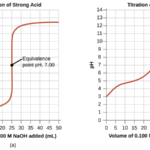 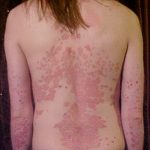 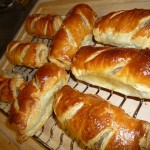