In eukaryotes, DNA is found in chromosomes in the nucleus. Chromosomes are made of a single molecule of DNA and histone proteins. Chromosomes are linear, and DNA in them is double stranded. There are many chromosomes in a single nucleus. Each chromosome contains one long molecule of DNA and is made of millions of nucleotides. A nucleotide differs from each other only in the sequence of nitrogenous base pairs. The base sequence of these chains differs from one another. In the molecule of DNA, different parts act as different genes. A gene is specialized genetic information determined by a particular sequence of base pair. Humans have 23 pairs of chromosomes. One of them is a sex chromosome and the other 22 are autosomes.

Mutations are changes in the genetic material; that is, DNA that are heritable or can be transmitted to the future generations. Mutations are caused by many ways. Mutations can occur due to errors taking place during replication, abnormal segregation during meiosis, mutagenic chemicals and radiations. Mutations can be chromosomal mutations or gene mutations. Chromosomal mutation is a type of mutation that involve in the change of chromosome number. This takes place due to errors taking place during segregation of chromosomes in meiosis. Some people have only one X chromosome to represent sex chromosome. This condition is called the Turner’s syndrome. Those individuals who have less number of chromosomes than the normal number are called aneuploids. Some individuals have one extra autosome. This condition is known as the Down syndrome. Kline felter syndrome is due to one extra sex chromosome. In addition, the entire set of chromosomes may change. This condition is called polyploidy. Gene mutations affect a single gene. Albinism, hemophilia, color blindness, thalacemia and sickle cell anemia are resulting conditions of gene mutations. Normally, mutations are disadvantageous, but some may bring useful characters to mutants; however, these instances are rare. 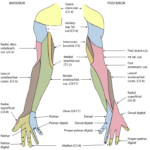 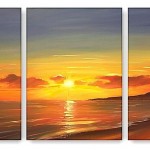