Myxomycota, also known as slime molds, belong to the Kingdom Protista. They are similar to fungi as they produce spores and sporangia. Slime molds live on decaying plants, organic matter and microorganisms. The main unique feature of slime mold is the presence of the plasmodium. The plasmodium makes it easy for the identification process. Formation of plasmodium takes place under harsh conditions, especially during food shortages. The Slime molds swim and merge together to form a multinucleated cell. This cell is called the plasmodium. There is no cell wall in the plasmodium structure. Therefore, it receives less protection. 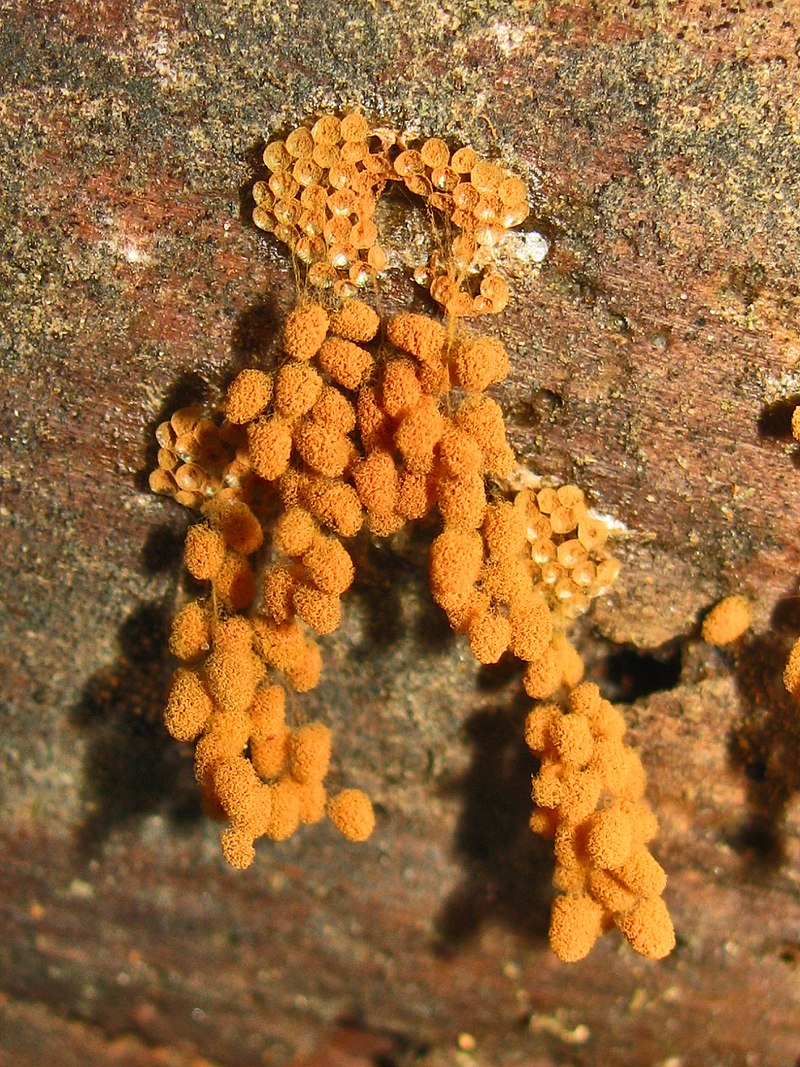 The life cycle of Slime molds begins as an amoeboid cell. After engulfing bacteria and other food, the amoeboid cell becomes larger in size and multiplies. Under harsh conditions, these amoeboid cells can reach a dormant stage. During these stages, they form a hard outer covering which protects the cell until optimum conditions are reached. Upon maturation, these nuclei grow in size. Reproduction takes place through spores which are embedded in the sporangia as well as gametes. The reproductive cells are sometimes flagellated. 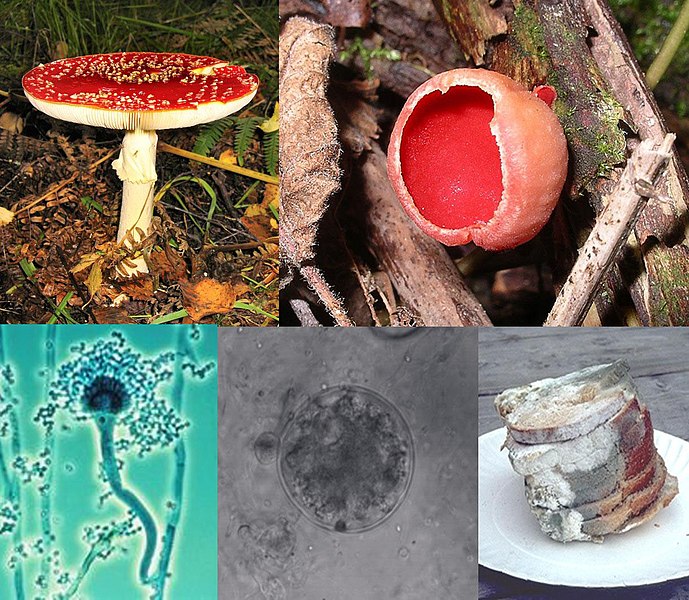 Moreover, myxomycota organisms lack a cell wall in their vegetative state while eumycota fungi have a rigid cell wall made up of chitin. Also, another difference between myxomycota and eumycota is their nutrition. Myxomycota members are phagotrophic while fungi can be saprophytic, parasitic or symbiotic.

Below is a summary of the difference between myxomycota and eumycota. 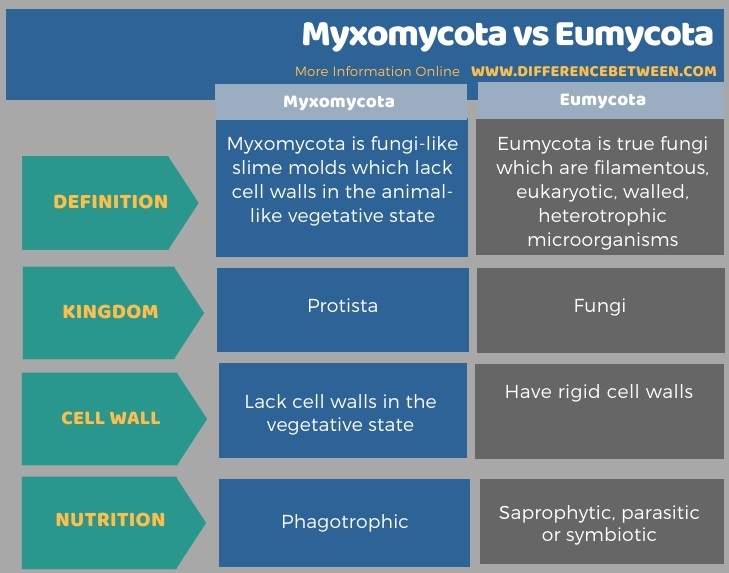 Myxomycota is fungi-like organisms that are known as slime moulds. They belong to Kingdom Protista. In contrast, eumycota is true fungi belonging to Kingdom Fungi. They have cell walls made up of chitin. However, myxomycota members lack cell walls in their vegetative state. This summarizes the difference between myxomycota and eumycota.

Difference Between Aflatoxin and Mycotoxin

Difference Between Coliform and Fecal Coliform 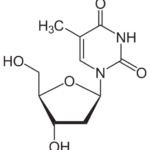 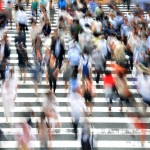