There are several theories put forward to explain the process of evolution. Carolus Linnaeus believed in the creation of God, but thought species could change to some extent. Lamark recognized that, within his life time, an organism could acquire adaptations to the environment. There was, however, no known way in which the gametes can be changed so that they can transfer acquired character. His example to prove this theory was the long neck of the giraffe. Charles Lyell was a geologist. He studied on stratification on rocks and the fossils found in different layers. He explained the progressive history of life on earth. He found that the earth was much older than many people thought. Major climatic changes have occurred on earth. The earth surface is changing over a long period of time. Some species that were prevalent on earth history have become extinct. Thomas Malthus was studying human population changes. When there is famine and shortage of food, there is competition for existence among people and in this struggle the weak individuals lose and stronger survives. Charles Darwin was a naturalist and joined the voyage of ship HMS beagel, which surveyed the east coast of South America. He collected different parts of plants, animals, and bones and wrote several publications from his findings. His famous findings were finches (birds) and other animals on Galapagos Island. The idea of natural selection and evolution came to him from the papers of Malthus. Russel Wallace travelled in Malaya, India and South America during the same period. He too developed ideas similar to Darwin. They both presented papers in 1898 in a meeting of the Linnaean Society of London explaining the process of natural selection and evolution. In 1959, Charles Darwin presented the famous publications “on the origin of species by means of natural selection”. 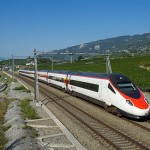