India is a huge country with a large population. Banks, despite having increased their presence have certain limitations as they cannot open branches in remote and inaccessible places. This is why to meet banking requirements of the people, there are many NBFC and MFI operating mainly in rural parts of the country. Though both NBFC and MFI serve the basic purpose of providing banking facilities, there are differences between the two entities that will be discussed in this article.

NBFC stands for non banking financial company that is engaged in all sorts of banking operations such as providing loans and advances to businesses and farmers, investing in shares, debentures and securities issues by the government, hire purchase, leasing, insurance and chit business. However, NBFC is a company that does not engage in agricultural or industrial activities, and is not permitted to engage in sale or purchase, and even construction of immovable property. NBFC is registered under the Companies Act, 1956 with the government of India.

Though NBFC looks like, and indeed performs many of the functions of a bank, it is different from a bank in the sense that it cannot issue checks drawn on itself, and it cannot accept saving deposits in the manner that a bank does. The money deposited in any NBFC does not carry any guarantee like banks in India.

If NBFC performs banking functions at a scale smaller than that of banks, MFI exists at a level that is smaller than that of NBFC. MFI stands for Micro Finance Institutions, and such institutions are providing similar services as NBFC to the underprivileged and impoverished sections of the society who do not have access to banking facilities. These are institutions that provide very small funds from Rupees 1000-20000 to the poor to start a business.

Of late there have been complaints of irregularities in the functioning of these MFI such as charging higher interest rates from the poor, and indulging in providing loans to newly formed groups within 15 days of formation which is in contravention to the directives issued to such MFI. In many instances, it has been found that there is no review of the functioning of MFI after they get sanction of credit facility.

All this has prompted state governments to take steps to convert MFI into NBFC that are better regulated and controlled by RBI. MFI on their part are themselves eager to get NBFC status as they get access to wide scale funding from banks.

Difference Between NBFC and Bank 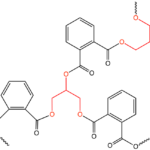 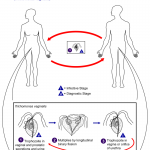