India and Nepal are neighbors with the Himalayan Kingdom lying on the northern borders of India. The two countries have had friendly relations since time immemorial though Nepal is tiny in comparison to India that is often described as a subcontinent. The Indo-Nepal border is a porous one with citizens of both countries able to move across without requiring a passport. Nepali citizens can live and work in India and are accorded the same status as Indian citizens. All this makes people in the western world wonder if the two countries are really different from one another or not. However, despite many similarities, there are also many differences between India and Nepal that will be highlighted in this article.

India is a very large and populous country in the Southern part of the Asian continent surrounded by water on its three sides and the great Himalayas on its northern side. India has a very large economy and the largest democracy in the world. India is home to the ancient Indus Valley Civilization, and the Indian culture is regarded as one of the oldest in the world. India was ruled by the British Empire for nearly 300 years and got its independence only as late as 1947. In a short span of just 60 years, India has made huge strides in all spheres and is today considered a very fast growing economy. India is a place that has given birth to four of the major religions of the world. Despite dominated by Hindus, India is a secular country that has a parliamentary democracy in place. India is made up of 28 states and 7 UT’s, and the capital of the country is New Delhi.

Nepal is a small Himalayan kingdom lying to the North of India. It is a landlocked country that is bordered by India on east, west, and south while it has borders with China on the northern side. Nepal is a mountainous region with 8 out of 10 highest mountain peaks lying inside Nepal. Nepal is a democracy today though it has been a monarchy for most of its existence. It is the only Hindu country of the world with 81% of the population being Hindus. Kathmandu is the largest city and the capital of this landlocked country. Nepal has had cultural relations with India since ancient times. There has been a special Indo-Nepal Treaty of Peace and Friendship in place since 1950 and India accords special treatment to Nepal in economic spheres.

• Nepal is a mountainous region whereas India has a diverse geography.

• Nepal is tiny in comparison to India which is a subcontinent and 7th largest country in the world.

• Nepal is a Hindu country whereas India is a secular country.

• Nepali Rupee is very weak in comparison to Indian Rupee.

• Nepal was a monarchy till recently, whereas India has been a democracy since independence.

Difference Between India and Pakistan

Difference Between Himachal and Himadri 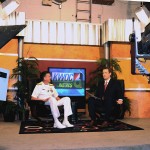 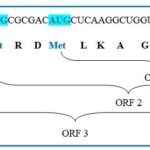 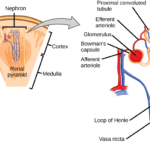