Neutrophils and macrophages are leucocytes which belong to the innate immune system, and they act as the main initial defenders against pathogens. These specialized cells can squeeze through the small holes of blood vessels during a process called diapedesis, which ultimately enables them to travel to the areas of infection easily. Normally, an inflammatory reaction takes place during tissue damage. This is due to the chemical substances released by bacteria into the surrounding tissue and blood. These chemicals eventually trigger the attraction of neutrophils and macrophages towards these chemical substances through chemotaxis. Hence, this is the first significant reaction of defense action against pathogens. Moreover, both types of cells can phagocytize pathogens in the infected area. 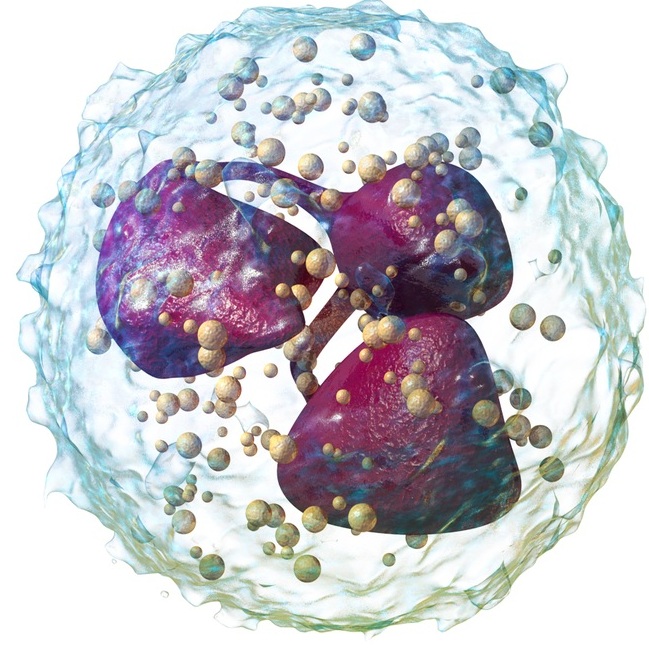 Furthermore, they are terminally differentiated cells that contain a plethora of proteolytic enzymes and reactive oxygen species that cause local tissue damages when released into the extracellular matrix. It takes about 14 days to develop a neutrophil in bone marrow. After that, they start circulating in the bloodstream for 6 to 14 hours. Nearly 50% of the circulating neutrophils adhere to the vascular endothelium. These neutrophils can survive for another 48 hours, unlike the rest of the neutrophil cells that are not attached to vascular endothelium.

Macrophages are amoeba-like large, specialized cells that recognize, engulf and destroy foreign invaders. They are popular as big eaters. Furthermore, they clean our body by engulfing microscopic debris. They are the oldest mediators of the innate system. Moreover, they originate from monocytes in the bone marrow. Monocytes differentiate into macrophages when they are released and migrate into various tissues. Since they develop within the tissues, we call them tissue macrophages. Tissue macrophages can live for months to years until they are needed and destroyed upon performing their defensive function. Tissue macrophages are very important since they act as the main effectors in the defense system against intracellular pathogens. 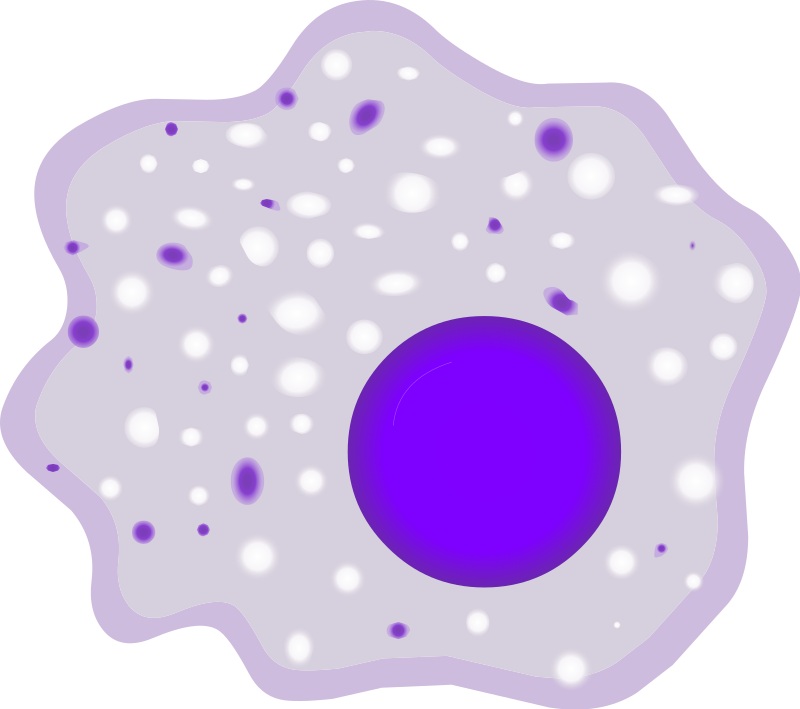 Macrophages use a process called phagocytosis to destroy and get rid of unwanted things out of the body. Phagocytosis starts with forming a pocket-like structure called phagosome due to the engulfing particles. Then, using the enzymes released by lysozymes, they digest the particles within the phagosomes.

What are the Similarities Between Neutrophils and Macrophages?

What is the Difference Between Neutrophils and Macrophages? 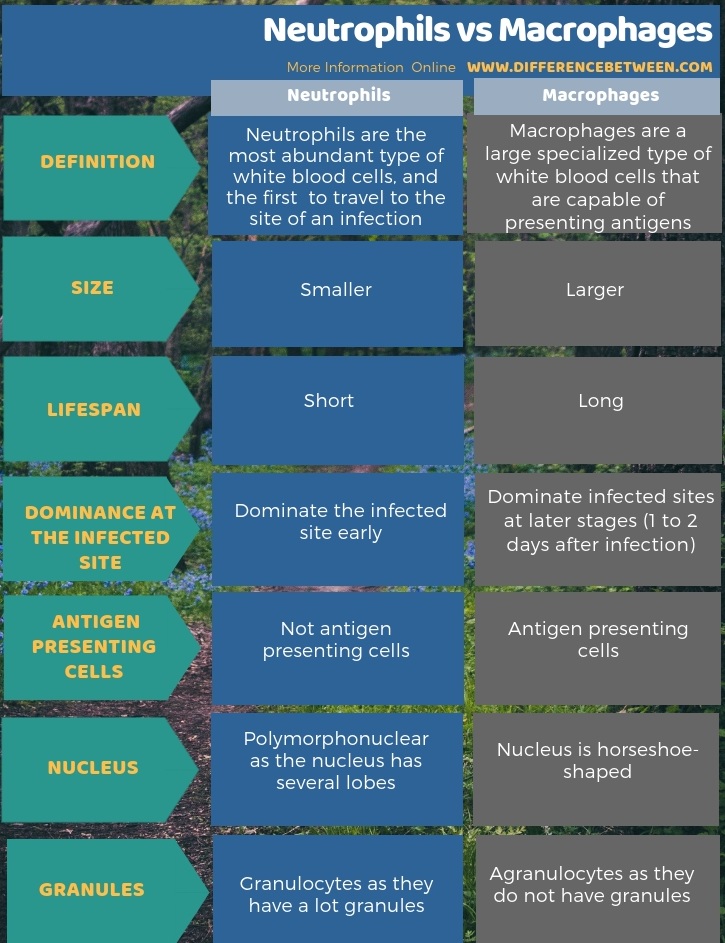 Difference Between Origin and Insertion

Difference Between Isotonic and Isometric