Difference between Ninja and Samurai begins from the class from which they were hired. Ninjas were mostly hired from lower class while Samurais were recruited from noble class. As we all know, Ninja and Samurai are the names given to soldiers in medieval Japan. In modern times, Hollywood has made these names so common that even a child is aware of them. Both ninja and samurai were great warriors, but had a very different role to play. Ninjas were trained to be like undercover agents of today whereas Samurais were trained like elite soldiers.

Who is a Ninja?

Ninja is also known as Shinobi. The most important fact that puts them in a different category is that Ninjas were hired mercenaries, who worked for money and used whatever ways they liked to accomplish the mission. As they were mercenaries, they were ready to serve anyone, who was able to pay their fee. Ninjas always worked anonymously and concealed their identity from the public. Ninjas had different works to perform that ranged from espionage to assassination and were hired by different clans for doing their jobs. Ninjas were never restricted by the ethics and would complete their jobs by any means.

Ninjas used different weapons at different time depending upon the situation they were in. Usually, they preferred smaller weapons such as Ninja stars that allowed them to be stealthy and sneaky. Ninjas rarely took part in open combats and stealth was their biggest weapon. Their dress code was also built to serve the purpose of stealth as ninjas would wear black outfits that would cover everything but their eyes. 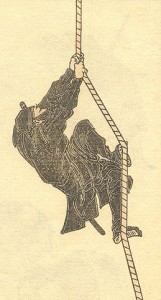 Who is a Samurai?

Samurais were disciplined soldiers and never wavered from the path of honor. Samurais had an elite status in the society and never needed to remain anonymous. Samurais were always identified by the clan they worked for and once they joined a clan they never betrayed or left it. The honor of a Samurai was his life and there have been instances when they committed suicide on losing a battle so that they do not have to serve another master.

Samurai sword Katana and Samurai were almost inseparable as it was their most widely used weapon as they were often engaged in open combats. Samurais wore metal clad suits of armor.

What is the difference between Ninja and Samurai?

Ninja and Samurai being two different classes of warriors were fearless and very brave warriors whose legends still echo in Japan. These soldiers are looked upon as heroes and are still worshipped in the modern world.

• Both Ninjas and Samurai were brave soldiers in Medieval Japan.

• Ninjas are also known as Shinobi.

• Ninjas were clandestine, whereas samurai were honorable.

• Ninjas used any methods to achieve their objective whereas for samurais, their honor was supreme.

• Ninjas wore black outfits that covered everything but their eyes. 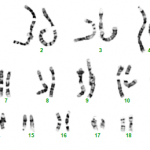 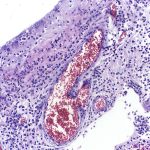 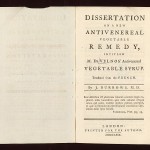