Mobile phones are increasingly becoming less phone-like and more computer-like. This has led the mobile phone vendors to adapt to the trend and come up with new cutting edge designs with more computer-like functions. If the vendor chose to stagnate, that would mean an eminent danger to their market share in the mobile world. This is what has happened to Nokia. Once, Nokia was the largest mobile phone vendor in the World, and it chose to fall behind with some decisions it took with its phones. It has resulted in a mass scale cost-reduction strategy, in Nokia, to recover from the fall. While what happened to Nokia was a tragedy, it seems to learn from its mistakes, and starting to shine through the flames. The Nokia 500 and Nokia 700 were introduced at a time like this.

These are of course, well-aligned mobile phones, still not completely computer-like to compete with the rivals, yet better than they have been doing. They go with the conventional Nokia model and come with a decent price tag, yet with good performance inside too. They are mainly targeted at the middle layer of the market, where people want to be tech savvy but, in fact, they are not. Having the smoothness of mobile phones, both phones fit easily in the hand. Nokia 500 is rather on the thicker side of the mobile phone spectrum, while Nokia 700 scores a good 9.7mm. Both come with 3.2 inches touchscreens and well laid interfaces, but the operating systems are different. Let’s take a look at what’s actually inside in each one of them.

Any Smartphone that was released after September aiming to compete with its rivals had few significant features. 1GHz + processor, 256MB + RAM, and 5MP camera bundled with a fast OS. Nokia has started to catch up to the competition and has released Nokia 500 in accordance with that trend. The 1 GHz ARM 11 processor along with the 256MB RAM does not score the 99th percentile of the spectrum, but it doesn’t score the 20th percentile either! Pretty words aside, the hardware specs of Nokia 500 is decent enough for a modern smartphone. It weighs slightly lighter than Nokia 700 but is thicker and thus, feels bulkier in hand. Nokia 500 comes in fancy colors like Black, Azure Blue, Coral Red, Purple, Khaki, Orange, Green, Pink and Silver. For those who are trying to locate a phone with a variety of colors, this would be a great choice (Mind you, there aren’t a lot of smartphones with this much of color variety).

Even though, the hardware is mid-range, the operating system also plays a major role in defining a mobile phone. Especially the usability matrix is almost always dependent on the Operating System in use. Nokia 500 comes with Nokia’s Symbian Anna OS. While not been as good as Apple iOS or Android, Anna has introduced some refreshingly nice features for Symbian OS. It has a new set of rounded icons, which pleases the eye and smoothly scroll in real-time. It also features a full QWERTY virtual keyboard which was lacking in its previous versions. The browser has been upgraded to support HTML5 partially, and it also supports flash lite, but it is said that quite sloppy performance is to be expected on flash content. It also introduces multi touch input, a new Calendar application and an email application that is considerably better than their predecessors.

Nokia 500 comes with a 3.2inches TFT Capacitive touchscreen with a resolution with 360 x 640 pixels with a pixel density of 229ppi. It also features an accelerometer and a proximity sensor to switch off the screen. It has 2GB internal storage, and the user can also expand the capacity up to 32GB using a microSD card. The HSDPA 14.4Mbps connection allows Nokia 500 to enjoy the fast browsing speeds, while Wi-Fi 802.11 b/g enables it to be connected wherever it goes. The 5MP primary camera allows capturing decent images, but the video recording is at VGA which is a flow in this device. It also doesn’t have front camera to the disappointment of video chatters.

Nokia 500 is bundled with normal Nokia application portfolio and besides that; it features A-GPS and Geo-tagging too. The digital compass and the improved voice dial feature enhance the user experience. While Nokia is also known for a high battery time, Nokia 500 only comes with a 7-hours talk time with a 1100 mAh battery.

This can be rightly identified as the big brother of Nokia 500. It comes with almost the same dimensions, but considerably thinner and slightly heavier. Nokia 700 was also released in September 2011; thus, it can be deduced that the two phones were intended to address two different niche markets, but we fail to identify a critical differentiator between the two phones for them to take and individual stand. Nonetheless, let us look at the big brother.

Nokia 700 comes either in white or grey color; monotonous? Yes, but still vividly colored compared to the color spectrum of available smartphones. It features a 1GHz ARM 11 processor with a 2D/3D Graphics hardware accelerator with OpenGL ES 2.0 support. The 512MB RAM provided with the phone is marginally sufficient to give a good user experience, as well. Nokia 700 features a 3.2inches AMOLED Capacitive touchscreen with 360 x 640 pixels resolution and 229 ppi pixel density. It also features multi touch input method and accelerometer and proximity sensor. The internal storage is as the same as Nokia 500 and can be expanded up to 32GB using a microSD card.

Nokia 500 features the new Symbian Anna OS, and since the phones were released at the same time, it’s fair to think that Nokia 700 would also have Anna OS. We are sorry to disappoint you, but you’re wrong to think that. Nokia 700 comes with a more improved version of Anna OS, called Symbian Belle OS. It is true that the Symbian OS is at its last days, but it hasn’t really prevented from Nokia introducing new versions of it. The new Symbian Belle OS has taken an edge to make the Symbian OS more and more like iOS or Android. It has free-form, differently sized live widgets in its extended 6 home screens. It has an improved status bar, and rather modernized navigation to enhance the user experience. Nokia has made sure to introduce a variety of applications for Belle OS that includes the powerful business app from Microsoft which includes Lync, Sharepoint, OneNote and Exchange ActiveSync which is a brilliant move. Surprisingly, Belle OS also supports Near Field Communication, which is something we all have to look forward to. It also gives a virtual snap of the applications you are running currently before switching to one of them, just like Windows preview in the task bar. Belle OS also has an informative lock screen which provides you the details like missed calls, unread message count and more.

Having powered by a pretty neat OS, Nokia 700 does not fail to entertain fast browsing speeds with the HSDPA 14.4Mbps link along with the Wi-Fi 802.11 b/g/n. It comes with a 5MP camera which has Geo-tagging enabled with A-GPS and can record videos at 720p. But Nokia 700 lacks the front camera, which is a heartbreaker for video chatters. Among many new features introduced, Nokia 700 has the NFC support and a TV-out, which comes in very handy. It also has a browser that partially supports HTML5, but the flash content is still sloppy. Nokia 700 has a 1080mAh battery, which can score a decent talk time of 7 hours, which is not bad for a smartphone.

All we can say is that, Nokia is trying to catch up with its rivals using these designs. It is a fact that they come with a decent price tag and thus Nokia may succeed in grabbing a niche market. But the fact still stands that, their Symbian OS is not the best they can have in a smartphone. It seems like Nokia has realized that and is increasingly adding value to their generic OS. Thus, the introduced Symbian Anna and Belle are good improvements, but it is inevitable that they would have to give up on Symbian in the near future. Since Nokia has also started coming up with Windows Mobile phones, it seems they would be on the game again, but the end of that ratter, where does it leave these two phones. Well, as far as we can say, both of these are pretty decent smartphones and would suffice for average use. If you’re looking for a smartphone that can do almost anything a high-end smartphone can do but still has a low price tag, then these are your babies. Nokia 500 is addressed to the general use while Nokia 700 is aimed at the business users with the Microsoft applications they have provided with it.

Difference Between iPhone and Smartphone 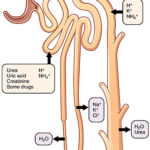