Nokia 5800 and Nokia C6 are the new addition in Nokia family; critics are saying that people from every occupation is enjoying these phones, although few features are week and needs improvement.

Nokia 5800 is available in express edition and Navigation edition, express edition was released on 27 November 2008 whereas other edition was released on 21 August 2009. It was the first Nokia device having touch screen and equipped with S60. Express music addition has the strong music and multimedia playing abilities. Weight of this Nokia device is 109 g, where as size of display screen is 3.2 inches. Internal memory of this gadget is 81 MB and Ram is 128 MB, 16 GB card can be used to enhance the storage memory. Other specifications include blue tooth, Camera, FM radio, HTML browser and GPS support, while its lacks infrared support. Nokia 5800 is available in red, black and blue colors. Stand by battery time is 406 hours whereas talk time is around 8 hours.

Nokia C6 is the slider phones and from a distance, you can confuse it with N97. This cell phone has QWERTY keyboard that slides out from the under screen. Weight of this Nokia gadget is 150 g, and it comes with internal memory of 240 MB, external memory can be 16 GB. Other features of this cell phone include Blue tooth, Wi-Fi, camera and FM radio. Battery time is 384 hours in stand by condition, and talking time is 7 hours. Large screen of Nokia C6 facilitates easy use of internet, and its ideal for those who want to browse the internet during travel. Many people say that its screen is resistive and connectivity is flaky.

Nokia 5800 and C6 are recent addition but both are not doing exceptionally well because of some reasons. Both of them have better internet connectivity but lack infrared feature. Both cell phones have blue tooth but camera performance is not good. Talk time of these Nokia gadgets is very good, but they both have no exceptional features. Internal memory is not very good, but external memory can be attached to enhance the storage. GPS support is available in both, which facilitates navigation. Nokia 5800 and C6 offer a wide screen providing good space to the user. C6 is bit sluggish and people say that if we compare it with its price it looks cheap. In Nokia 5800, express music addition, has quick camera function, although results are not extra ordinary. Menu of Nokia 5800 is smooth and quick, whereas C6 is not that quick.

Nokia 5800 and Nokia C6 are having few deficiencies, that is why they are not very popular with the people. However, Nokia fan like them because of their wide screen and quick response. Battery time of both Nokia gadgets is also very good and both are having good connectivity with the internet. 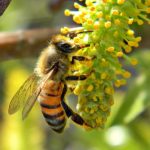 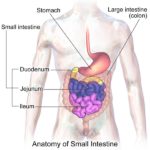