Nokia was once well known for their phone line which used to be top selling devices throughout the world. There are still some people who ask whether your phone is Nokia. It is worthwhile to note where Nokia lost their place. This prestigious place was available for Nokia when the market was saturated with simple phones that could make calls and subsequently send text messages. The displays were black and white at the time. Nokia had their line for this market and another innovative line which featured a color display. At the time, it was a premium phone and subsequently, the screen quality got better and the network connectivity added up from GPRS to EDGE and 3G. While this was happening, the mere phone line was transformed in to a smartphone line. Nokia’s initial solution for this was Symbian operating system. This seemed to hold up well until Apple introduced iPhone. When Google introduced Android operating system, things got worse for Nokia, but they decided to stick with Symbian. The developers for Symbian shrank in numbers and so the number of applications available were low which made the consumers look elsewhere to succumb to their needs. Another reason was that better smartphones were available for a lower price, specially the Android one which started to have a huge boom at the time.

Nokia decided to hold on to their Symbian operating system desperately hoping for a breakthrough although those only made them sink all the more. Finally, sometime back, Nokia decided to partner with Microsoft and released Windows Phone smartphones. This can be considered as the breakthrough Nokia was expecting because they have reported a gradual increase in their sales. So we are hoping this Finnish manufacturer would come back to their prestigious stand again. Today we will be discussing about a smartphone they introduced a couple of days back. This is their second Windows Phone 8 smartphone that falls under the budget range. We will pen down our initial impressions about the Nokia Lumia 820 and compare it with its immediate predecessor Nokia Lumia 800.

Nokia Lumia 820 certainly looks like a budget smartphone, as opposed to the premium predecessor it has. This is basically because of Nokia’s decisions on the design of this smartphone. Nokia has abandoned their famous Unibody design in Lumia 820 which demotes it from the iconic design pattern possessed by Lumia 800. It has a rounded look with a limited number of ports and side buttons and users can choose the back plate they want for Lumia 820. There are various choices for the cover and one including support for Wireless charging, which is pretty cool. However, the glossy back plate can be prone to fingerprint as opposed to the matte back plate of Lumia 800. The ceramic volume rocker and the lock button had a nice tactile feedback we liked. Nokia has included a physical camera button on the side as well although it becomes unresponsive at times. This may well be accredited as a firmware problem because this smartphone still needs to be dusted and polished before been released to the market.

However, the internals of the device certainly compensates for the flows in the external casing. Nokia Lumia 820 is powered by 1.5GHz Krait Dual Core processor on top of Qualcomm MSM8960 Snapdragon chipset with Adreno 225 GPU and 1GB of RAM. It runs on the brand new Windows Phone 8 operating system which performs great in this device. Windows Phone 8 comes with the tile interface which was known previously as the Metro UI. The visual effects were rather appealing although when it comes to the number of apps available, Windows Phone 8 has a long way to catch up to Android or iOS. Let us hope Microsoft will find some ways to encourage developers to develop apps for Windows Phone devices, as well. Lumia 820 has 8GB of internal storage with the option to expand it using microSD card up to 32GB. Unfortunately, Nokia Lumia 820 doesn’t feature the Nokia PureView technology and features only an 8MP camera with autofocus and an aperture of f2.2 with dual LED flash. This camera can capture 1080p HD videos @ 30 frames per second, which is an improvement. It also has a secondary VGA camera for video conferencing purposes.

Nokia Lumia 820 defines its connectivity with 4G LTE connectivity which enables you to experience a super-fast internet connection. It can also gracefully degrade to HSDPA when LTE connectivity isn’t available. Lumia 820 also has Wi-Fi 802.11 a/b/g/n for continuous connectivity with Wi-Fi direct. It is somewhat on the hefty side of the spectrum having a weight of 160g, but Nokia has managed to keep it thin below the 10mm line scoring a thickness of 9.9mm. The 4.3 inch display panel doesn’t necessarily amaze the customers in any way for it only features a resolution of 800 x 480 pixels at a pixel density of 217ppi. The WVGA display places Lumia 820 in the old generation of smartphones which we really didn’t expect Nokia to do. It looks like a good display, but the AMOLED capacitive display just isn’t good enough to compete with the high end display panels out there. Nokia has included 1650mAh battery in Lumia 820, which they claim to have a talk time of 14 hours (in 2G mode).

Being an ambassador and representing a set of objects is not an easy task. Nokia Lumia 800 was imposed with that as its maiden duty, as this smartphone was one of the Nokia’s first Windows Mobile 7.5 phones. The handset has 1.4GHz Scorpion processor on top of Qualcomm MSM8255 Snapdragon chipset. It came with 512MB of RAM and Adreno 205 GPU. Fortunately, Lumia 800 and the subsequent releases of the same caliber were hits on the market and at the CES 2012, Nokia Lumia line was considered as the best smartphone exhibited.

The Lumia 800 has straight edges, and that might be somewhat uncomfortable in your hands, but it’s rather small and light. It has 3.7 inches AMOLED capacitive touchscreen with 16M colors featuring a resolution of 800 x 480 pixels at a pixel density of 252ppi. It defines connectivity using HSDPA while Wi-Fi 802.11 b/g/n enables continuous connectivity. Nokia normally don’t leave out their phones without a good camera, and Lumia 800 is no exception. It has 8MP camera with Carl Zeiss optics, autofocus and dual LED flash and Geo tagging. The camera can also capture 720p videos @ 30 frames per second and Lumia 800 doesn’t have a front camera. The handset comes in Black, Cyan, Magenta and White with an interesting metro style UI. Unfortunately, Lumia 800 doesn’t have a memory expansion slot, so you would have to satisfy with 16GB of internal memory. Nokia promises a talk time of 13 hours with the standard 1450mAh battery which is pretty decent.

A Brief Comparison Between Nokia Lumia 800 and Lumia 820

As usual in a successor predecessor comparison, Nokia Lumia 820, which is the successor for Nokia Lumia 800, wins the battle. This is not just because of the performance although it seems to share its portion in Lumia 820’s success. For instance, Lumia 820 features a dual core Krait processor clocked at 1.5GHz while the Lumia 800 only has a single core processor clocked at 1.4GHz. The chipset included in Lumia 820 is also better than that of Lumia 800. Further, Lumia 820 features 4G LTE connectivity as well which adds up another strong perk. The camera has also gotten better although not considerably. Besides that, Lumia 820 features the brand new Windows Phone 8 operating system. So there’s no doubt Lumia 820 is the better smartphone.

Difference Between Nokia Lumia 800 and N9 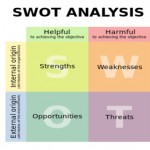 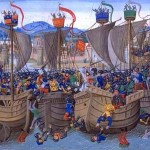