When talking about both the parts of America it definitely comes into consideration that what is actually the area that is separating the two. One of the most prominent isthmuses, which are of the Panama, is the area that is diving the two of these lands. Total area of America which includes the two parts; Northern ad Southern parts of America are giving shelter to almost nine hundred Million people among the total population of the world. Initially this Panama Isthmus was a part of Southern side, but now is the point of separation between the two lands of America.

There is so much to say about the Northern America. It is covering almost 5 percent of the total area of the world and is situated on the Northern hemisphere. As far as the population growth is concerned, this area is the third biggest world’s populated land on earth and having so many huge and small territories that mainly includes the twenty three countries that are the major part of it. Its location is such an ideal that it has oceans and large areas surrounding it, leaving it around a perfect locality. It is an old piece of land, discovered many decades ago. A lot of research work is also done geologically and agriculturally. A lot many cultures and variation in histories are to be seen here. This piece of land has a maximum number of historical backgrounds. As far as the culture is concerned, Spanish is the common language that is used as a local language there, but other languages are also given importance accordingly. It can be said that it’s a complete region and a great place to live in because there are every kind of state of the art facility is available here and the area is ideal in every sector.

The southern part of the America, as mentioned by its name is the Southern side of the American boundaries. This piece of land is also ideal as far as its hemispheres are concerned, surrounded by the oceans it is holding almost three and above percent part of the total world area. As the Northern side is ranked as the third highest populated area, this part is the next one. It also accounts to hold a major chunk of the total population within its boundaries. As far as the specialties are concerned, this part holds the biggest water fall, one of the best and largest mines and plants, the biggest rain forest is here and on the other hand, it is so large in size that it also has the most driest place on the earth, its mountain range is also very popular and other than that this place is ideal for its research work, well off financial conditions, having one of the best services in all the major sectors of economic structure and much more. 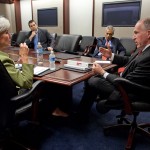