Home / Technology / IT / Database / Difference Between NoSQL and MongoDB

Relational database management systems (RDBMS) are used by many organizations. Structured Query Language (SQL) is used to store, retrieve and modify data in relational databases. They are not efficient in storing a tremendous range of data, and it is hard to do horizontal scaling. Therefore, NoSQL was introduced. NoSQL stands for “Not only SQL” or “No SQL.” There are various types of NoSQL databases such as document, key-value, graph, etc. MongoDB is a type of NoSQL. It is an easy to use, open source software written in C++ which is fast and flexible. The key difference between NoSQL and MongoDB is that NoSQL is a mechanism to store and retrieve data in a non-relational database and MongoDB is a document-oriented database which belongs to NoSQL.

1. Overview and Key Difference
2. What is NoSQL
3. What is MongoDB
4. Similarities Between NoSQL and MongoDB
5. Side by Side Comparison – NoSQL vs MongoDB in Tabular Form
6. Summary

NoSQL stands for Non-relational databases and can handle Big Data. Also, it is easy to manage the NoSQL databases. Data can be scaled out or clustered into machines. Clustering reduces the cost of maintaining data. There are several types of NoSQL databases. Document databases are using for dynamic data. Such databases are MongoDB and Couch DB. In these databases, data is stored in the form of JavaScript Object Notation (JSON) format.

A simple NoSQL database type is Key-Value stored databases like Couchbase Sever, Redis. They are fast but not very customizable. Cache databases can store data into the disk or the cache. One example of a cache database is Memcache. Graph databases consist of nodes and relationships are created using edges. Neo4J and Oracle NoSQL are some of the graph databases.

MongoDB is a document-oriented database. It is open source software. A relational database has tables, and the tables have rows and columns. Similarly, MongoDB has collections and documents. A document is a record in MongoDB collection. A collection is a set of MongoDB documents. Normally, all documents have a similar purpose. A single MongoDB server has multiple databases. ‘mongod.exe’ is the database server and ‘mongo.exe’ is the interactive shell.

The programmer writes documents in JSON format. MongoDB internally converts JSON objects are converted to BSON. BSON is binary objects and have quotation marks in both key and value. MongoDB is useful is agile based software development because it can change to a large amount of data. It is easy to change documents by easily adding and deleting existing ones. MongoDB can store different type of data types such s string, number, date, array, Booleans, etc. It also has buffer data type for storing video, images, and audio. The mixed data type can combine different type of data. MongoDB has easy syntax, so it is easy to write queries. It can also provide map-reduce programs in distributed architecture.

What are the Similarities Between NoSQL and MongoDB?

What is the Difference Between NoSQL and MongoDB?

NoSQL databases have a distributed architecture and can increase data consistency. MongoDB is an open source NoSQL database. It provides scalability and high performance. In agile development, the requirements can change, and MongoDB allows to change the schema. The difference between NoSQL and MongoDB is that NoSQL is a mechanism to store and retrieve data in the non-relational database and MongoDB is a document-oriented database which belongs to NoSQL.

Difference Between JDO and Value Object

Difference Between Database and Instance

Difference Between 3NF and BCNF 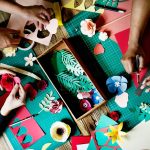 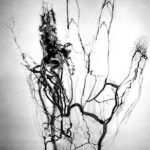